"Indian manufacturers account for 60% of vaccine supplies made to UNICEF”

‘Indian vaccine manufacturers have several products in their R&D pipeline and as they roll out, the dominance of the multinational companies will subside in the coming years’, says Dr Anand Kumar Managing Director Indian Immunologicals Ltd & Director Pristine Biologicals (NZ) Ltd, in an interaction with BioSpectrum Asia Magazine 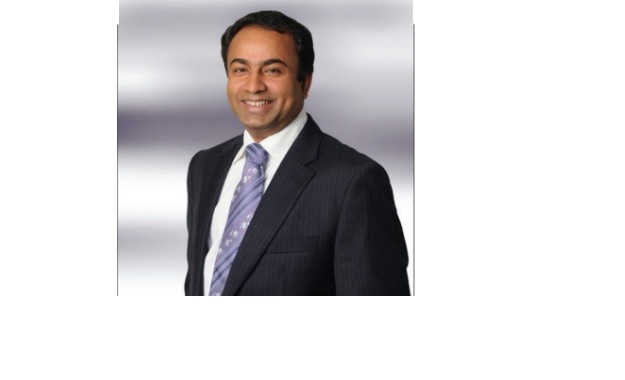 Undoubtedly, India is the epicentre for vaccine manufacturing in the world. With many top vaccine giants supplying basic and advanced vaccines to nearly 150 countries, India, over the years, has emerged as the global vaccines hub. A report titled “Indian Vaccine Market Report and Forecast 2017-2022”, says that the Indian vaccine market reached a value of around INR 59 Billion in 2016, growing at a CAGR of nearly 18% during 2009-2016.  Indian vaccine industry with many state-of-the-art manufacturing facilities has earned India the recognition of having the largest global capacity for WHO prequalified vaccine manufacturing. Along with other factors, increased public awareness about vaccination and public immunization programs, coupled with government support to develop new vaccine act as key factors driving India’s vaccine industry.

IIL recently inked an MOU with INTA and Littoral Biologics of Argentina for transfer of technology for Bovine Parasitic vaccines in India. The deal will help IIL address this unmet need to control haemoprotozoan diseases transmitted by ticks in India and prevent loss of productivity in cattle.

In an interaction with Dr K Anand Kumar:

What according to you are upcoming trends in India’s vaccine market?

The Indian vaccine market can be broadly be classified as the Domestic Trade Market (DTM) and Government Business (GB) including UIP supplies. There is also an Export Market that the Indian manufacturers tap into supplying to UNICEF/GAVI by way of WHO PQ. The total market size for vaccines would be about a billion USD. Value wise the Export Market would be 50%, the trade market would be around 30% and the GB would be around 20%. There is growing awareness on preventive measures to fight against diseases in India. While Indian pharma industry is growing at 10% over the past year, the vaccine industry is growing at 25% between 2011- 2015. The upcoming trends in the market space include the following:

Please elaborate on some on the key drivers of India’s vaccine businesses?

There is more awareness now about the ability of vaccines to prevent disease than ever before. The Swach Bharat Mission also has helped bring in sense of good hygiene and cleanliness. It is inevitable that the government in the coming years will spend significant amount on Healthcare. Similarly the per capita government spend on routine immunization is also going to increase with the addition of vaccines such as Pneumococcal conjugate vaccine, inactivated polio vaccine etc. Several programmes including the India New born Action Plan launched in 2014 will increase the uptake of vaccines to prevent death below the age of 5. This will drive more volume.

The educated and growing middle class segment is vary of the benefits of vaccination and will ensure their children will get vaccinated to as many preventable diseases as possible.

Indian manufacturers have the technical expertise to produce several vaccines at an affordable price. Indian manufacturers accounted for 60% of supplies made to UNICEF. Having tasted success several companies have expanded facilities to cater to the global markets to get a better price.

Where do you see the vaccine industry heading; five years from now?

The existing vaccine manufacturers will consolidate their position and with new product introductions will continue to dominate the domestic and UNICEF/GAVI markets. The current market of USD 1 billion could easily double to USD 2 billion in less than 5 years.

Several factors at the present moment may see new entrants in the form of big pharma houses enter into the vaccine business. Factors include a higher CAGR of the vaccine business than the pharma business, constant USFDA woes, NPPA and eroding margins, attractiveness of few players in the vaccine business etc. Given the huge capital costs and long lead times, this business is not for small time players and entrepreneurs.

Partnerships with vaccine companies abroad to access the Indian market will become common. In order to shorten regulatory time lines, companies may explore the possibility of importing the bulk of an approved product for fill/finish in India. Similarly Indian companies will also look at exporting bulk vaccines for fill finish in other markets.

Several new vaccines would be introduced by domestic players for several diseases such as Pneumonia, Varicella, Hepatitis A, IPV, Chikungunya etc.

In your opinion what are the most difficult challenges in vaccine business in India?

Vaccine manufacturing involves huge capital investment upfront and subsequently the regulatory approval process for licensure i.e from conducting Pre Clinical Toxicology (PCT) studies to obtaining Marketing Authorization may take 5 years. Added to that if supplies are to be made to the government, some states require 3 year market standing. Based on the above cash flows will happen several years after investment is made.

Many deadly diseases like Zika still do not have an approved vaccine. In your opinion what could be the reasons?

There are millions of microorganisms that exist in nature. Based on environmental conditions and genetic changes some of these organisms may exert higher levels of virulence at some period of time. It is economically unviable to develop vaccines in anticipation when the disease manifests at a low level and only in certain regions. I do not see any technical challenge in developing a vaccine for Zika, it’s just that like any other vaccine candidate it has to go through a long journey to establish safety and efficacy credentials as a part of licensure.

IIL as a one health company has presence both in Animal and Human vaccine markets.

IIL is the largest producer of animal vaccines in India. IIL operates one of the largest BSL 3 Plus facilities in the world for the manufacture Foot and Mouth diseasevaccine (FMD). IIL has introducedseveral other leading brands such as - Raksharab (Anti-Rabies Vaccine); Rakshavac-T (world's first vaccineagainst Theileriosis); Raksha-Blu (Blue Tongue vaccine);Megavac (Multi component canine vaccine), Bruvax(Brucellosis vaccine), Raksha -Triovac (Combination oftrivalent FMD, HS and BQ), Raksha-Biovac(Combination of FMD and HS) and host of other bovine,canine and sheep vaccines. IIL also introduced the world’s firstvaccine against Porcine Cysticercosis –Cysvax. IIL is the only producer of companion animal vaccines in India.

In the R&D pipeline we are developing vaccines against Classical Fever, Goat pox and Infectious Bovine Rhinotracheitis (IBR)

To a request from the Government of India to make a safe vaccine for Human Rabies IIL in 1999 launched the country's first purified Vero cell rabiesvaccine (PVRV) - Abhayrab. Till date several million doses of the vaccine have been sold in India and over 29 countries and is a leading brand.

The success of Abhayrab emboldened HBI to embark onbuilding a new vaccine facility in Hyderabad in the year2006 to manufacture other human vaccines such as DPTVaccine (Abhay TAG); DT Vaccine (Abhay-DAG);Recombinant Hepatitis-B Vaccine (Elovac-B); TetanusToxoid Vaccine (Abhay-Tox) and ERIG (Abhay-RIG).

IIL’s Pentavalent vaccine has completed all the clinical trials and is expected to be licensed any moment. IIL’s vaccines for hepatitis A, Chikungunya and Typhoid have successfully completed PCT and will move to the next stage i.e. human trials. IIL is also pursuing development of MR vaccine, Dengue vaccine and Pneumococcal vaccine. IIL's research teamcomprises scientists with interdisciplinary areas of expertise,who work on developing various vaccines using platformtechnologies such as recombinant strains for multipleantigen production, hybridoma for monoclonal antibodies, protein polysaccharide conjugation and virus like particlesthrough molecular biology.