How countries are dealing with 'Vaccine Hesitancy'? 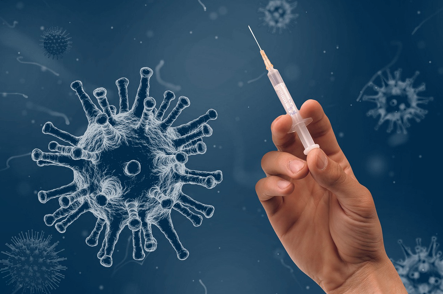 The COVID-19 pandemic may well be the worst public health crisis in modern history. But today, the global health system has the benefit of an array of safe and highly effective vaccines, which many governments have made available to their population at little or no cost. And yet, regardless of the efficacy, accessibility, safety, and affordability of the vaccines, large segments of the global population remain hesitant to take the jab.

The result is not only the continued spread of the virus and the viral mutations, but also continued pressures exerted on already overburdened and very fragile economic, healthcare, and education systems.

Obviously, the need to quell vaccine hesitancy is urgent. But what are countries doing to combat it?

Vaccine hesitancy may arise for a number of reasons, ranging from religious or ideological considerations to misinformation and fear of the vaccine. The latter, indeed, may be a particularly significant factor in driving vaccine hesitancy.

Often, this stems from the public’s lack of understanding not only of what vaccines are and how they work, but also of how they are developed and tested before receiving approval.

For instance, the misconception that all vaccines offer complete immunity from the disease (rather than reducing the severity of the infection) has been taken by some of the vaccine hesitant as proof that vaccines do not “work.” For these populations, the risk of exposing oneself to a new vaccine they believe is ineffective is not worth it.

As can be seen, vaccine hesitancy remains a persistent and pervasive problem worldwide. This includes those who have otherwise been compliant with vaccine recommendations, such as those who may have received the full roster of childhood immunizations and annual flu shots.

For this population, reluctance to take the jab often derives both from misinformation and from the misunderstanding of the various forms and mechanisms of vaccines. To address these challenges, national governments and international public health organizations alike are emphasizing public awareness.

In many East Asian nations, for example, concerted public awareness campaigns have been implemented to boost vaccine confidence, particularly among hesitant populations and in direct response to misinformation.

These awareness-raising strategies are being implemented across multiple channels, including traditional and social media. By deploying a range of trusted sources across diverse communication channels, national governments are seeking to saturate the population with timely and accurate information, reaching out to a diverse and multigenerational audience.

Perhaps one of the most significant challenges in overcoming vaccine hesitancy is simply that our understanding of the virus continues to evolve. COVID-19, after all, is a novel virus, which means that public health experts, researchers, government officials, and clinicians alike continue to learn as they go. And as new data flows in, recommendations, regulations, and standards of practice will inevitably evolve as well.

However, for many of the vaccine hesitant, the amorphous nature of public health guidelines regarding COVID-19 have instigated a measure of mistrust, and that mistrust has spilled over into the mistrust of the vaccines themselves.

In response, experts in fields such as epidemiology have taken a central role in educating the public not only on the virus but also on the scientific processes which inform our growing understanding of the pathogen and how it operates. . In this context, the epidemiologist functions as researcher, expert authority, and public health educator simultaneously.

This can help to reduce vaccine hesitancy insofar as epidemiologists are uniquely qualified both to transmit the most accurate and up-to-date information possible, while also helping a potentially skeptical populace better understand why information and recommendations regarding the virus evolve with our knowledge of it.

Far and away the most controversial strategy some nations are using to overcome vaccine hesitancy is the vaccine mandate. In the United States, mandates are already in place for federal employees, and widespread employer mandates are pending review in the courts.

Though these measures continue to meet with significant resistance worldwide prompting lawsuits, protests, and even widespread job resignations, they continue to be proposed by government leaders across the globe as an effort not only to stem viral spread but also to further demonstrate the safety and efficacy of the vaccines.

The COVID-19 pandemic is one of the most tragic events of recent decades. The good news is that hope in the form of safe and effective vaccines is on the horizon, and governments worldwide are working diligently to address the issue of vaccine hesitancy. This includes raising awareness, dispelling misinformation, and invoking the expertise of trusted authorities, including epidemiologists. Through such means, government leaders and public health experts alike hope to restore our global family to the levels of health, security, and prosperity we deserve.