The world has been under the deadly spell of the coronavirus, with multiple waves of the pandemic decimating lives and economy in a fell swoop. In a record short span of time, numerous vaccines were developed to combat COVID-19. However, the ground reality seems, as per some experts, that administering a mix of vaccines presents better outcomes. Whether this approach holds good, needs a closer look 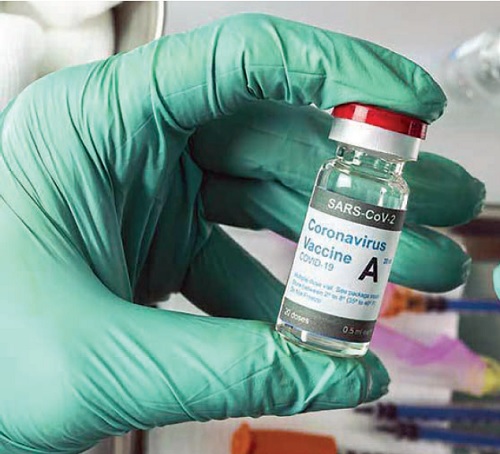 Vaccine mixing, which began unintentionally, is now gaining traction. There is a significant interest in mixing two different types of COVID-19 vaccines to mitigate against supply shocks or shortages that might otherwise reduce the speed of vaccine roll-out.

Canada which sort of started this trend unintentionally to manage its vaccine supply issues by allowing the mixing of vaccines. On June 1, 2021, the Canadian health agency, Health Canada asked those who had taken the Pfizer shot to take Moderna’s mRNA vaccine for their second dose. This has helped Canada overcome a supply bottleneck that delayed Pfizer doses in June.

Taking it even further, on June 17, 2021, the Canadian government recommended those who received the AstraZeneca (adenoviral vector-based vaccine) as the first dose should preferably take either the Pfizer or Moderna mRNA vaccine for their second dose. This decision was taken in light of the rare clotting events reported with the AstraZeneca vaccine.

In July 2021, Thailand became one of the first in Southeast Asia to officially start mixing vaccines. The country’s National Communicable Disease Committee issued a recommendation to give AstraZeneca jabs as the second dose to individuals who had initially received China’s Sinovac (based on inactivated virus technology), to build stronger immunity against the highly contagious delta variant which has created havoc in the country.

South Korea also introduced mix-and-match inoculations, using the AstraZeneca vaccine for the first dose and Pfizer for the second.

The Indian Council of Medical Research (ICMR) has also found that mixing the doses of AstraZeneca with indigenous Covaxin (India’s Bharat Biotech’s) which is based on inactivated virus technology was not only safe but also elicited a better immune response.

Majority of the studies are in favour of heterologous approach to the vaccines, showing it elicits a better immune response. However, there is a caveat in all these studies, the sample size was small, tested only on individuals above 50 years of age, and the persons were tested only for short intervals. It should also be noted that all the research into mixing vaccines is in preliminary stages.

The Oxford Vaccine Group’s Com-Cov vaccine trial published in The Lancet in May showed that mixing the AstraZeneca and Pfizer vaccines generated a robust immune response against the virus, inducing higher antibodies than an AstraZeneca-only, two-dose schedule. Similar studies in Spain and South Korea have found that a mixed dosing regimen elicits a better immune response than administering two doses of the AstraZeneca vaccine. While AstraZeneca/Pfizer has emerged as the winning combo, several other studies are underway to gauge the efficacy of mixing other types of vaccines.

Trials mixing a first dose of the Russian-made Sputnik V vaccine with AstraZeneca’s shot revealed no serious side effects and no subsequent cases of coronavirus among volunteers, the Russian Direct Investment Fund (RDIF) said in a statement. Both the Sputnik V and the AstraZeneca shot are viral vector vaccines that are based on a first dose followed by a booster. The Philippines has given its nod for a study in which mixing Sinovac’s CoronaVac jab with six other vaccines is allowed. In December 2020, Oxford-AstraZeneca announced that it would partner with Russia’s Gamaleya Institute, which developed the Sputnik V vaccine, to test how the two shots work in combination. The trial was supposed to start in March 2021, but there’s no clear update on its launch yet.

Learning from the past

Though it may sound novel, mixing vaccines is not a new technique. The development of combination vaccines for protection against multiple diseases began with the combination of individual diphtheria, tetanus, and pertussis (DTP) vaccines into a single product; this combined vaccine was first used to vaccinate infants and children in 1948.

And in recent times HIV and Ebola vaccines have been mixed. The researchers have long been exploring this for HIV vaccination. This is because protecting against the HIV virus requires a complex immunereaction that would be near impossible to achieve with one type of vaccine as they tend to produce only one type of immune reaction or stimulate one set of immune cells. Although we don’t yet have an effective HIV/AIDS vaccine, in 2012 the most effective one developed so far used a combination of different vaccine types. The same goes for the Ebola vaccine. It is developed by Johnson & Johnson, and is an example of an effective mixed-product vaccine in use today. It was chosen to provide long-lasting immunity. The first shot uses the same adenovirus vector as AstraZeneca’s vaccine, and the second uses a modified version of a poxvirus called Modified vaccinia virus Ankara (MVA).

Though the above studies sound promising there are always exceptions to the rule. More research is needed to conclude the mixing of the vaccines on a large scale. And the stakeholders are polarised on this approach.

While Serum Institute of India’s chairman Dr Cyrus Poonawalla, said in a statement that he was not in favour of administering two different COVID-19 vaccines for better efficacy, and that mixing doses of two COVID-19 vaccines is very wrong. Other vaccine makers have not yet commented on the matter.
It is also worth noting that the World Health Organisation (WHO) and the Centres for Disease Control and Prevention (CDC) aren’t in favour of this heterologous approach for the COVID-19 vaccines.

The CDC has advised against mixing vaccines saying COVID-19 vaccines are not interchangeable. Data on the safety and efficacy of a mixed-product series have not been evaluated. Both doses of the series should be completed with the same product, the authority stated. It is worth noting that the US doesn’t have a supply shortage which other countries are facing and hence resorting to this approach. WHO’s chief scientist Dr Soumya Swaminathan has also advised individuals against mixing and matching the vaccines from different manufacturers, saying such decisions should be left to public health authorities. “It’s a little bit of a dangerous trend here.

It will be a chaotic situation in countries if citizens start deciding when and who will be taking a second, a third and a fourth dose,” Swaminathan said in a statement. Disease prevention and eradication are the ultimate and immediate goals of immunisation, and central to reaching these goals is achieving universal coverage. Combining vaccines can help in achieving universal vaccine coverage but more conclusive data is needed to make it a norm for COVID-19 vaccines.