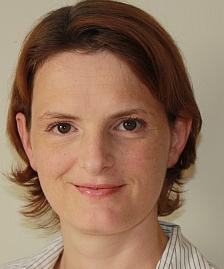 Dr Leah A Vardy is researching the role that translational regulation plays in the self-renewal and differentiation of embryonic stem cells at the institute of medical biology, Agency for Science Technology and Research (A*Star), Singapore

Embryonic stem (ES) cells possess unique therapeutic potential due to their ability to give rise to all the cells of the body. One of the major focuses of stem cell research is to develop in vitro differentiation protocols that result in highly enriched populations of the desired cell type. These differentiated cells could potentially be used for replacement cell therapy, disease modeling or drug screening.

Currently many differentiation strategies are inefficient with only a small number of cells being successfully converted to the desired cell lineage. Understanding the molecular events regulating the differentiation of ES cells to specific cell types is critical if their therapeutic potential is to be realized. At the heart of differentiation lie two major events; proliferation and changes in gene expression. Regulation of gene expression can occur in a variety of ways and ultimately determines the fate of the differentiating cell.

Genes are transcribed into mRNAs which are then further translated into protein, the functional unit. ES cells have to implement very specific patterns of protein expression to enable differentiation into different cell types. This is a tightly orchestrated process that ensures the correct proteins are produced only at the required developmental stages. During differentiation, cells proceed down a differentiation pathway that is driven by constant changes in the proteins that are being expressed in that cell. This enables cells to transition from an ES cell to a fully differentiated cell in a coordinated manner.

Control of translation allows protein synthesis to be finely regulated both spatially and temporally at critical developmental time points. RNA binding proteins and microRNAs are the major regulators of mRNA translation. microRNAs are small non-coding RNA molecules that target mRNAs for repression. Originally identified in worms, they are now recognized as essential regulators of a wide array of cellular processes in mammalian cells. They target specific mRNAs through base pairing to complimentary sequences in the target mRNA.

One protein they identified, Amd1, was repressed at the level of protein synthesis in NPCs while mRNA levels remained the same. Amd1 is a highly conserved enzyme required for the formation of the polyamines spermine and spermidine. These polyamines are small positively charged molecules that are essential in all cells and are known to regulate a wide array of processes. They are believed to exist predominantly in complexes with mRNA and DNA and have been demonstrated to regulate gene expression at the transcription, translation and mRNA stability level.

The authors show that the translational repression of Amd1 is mediated by a specific microRNA that is selectively up-regulated in NPCs. This resulted in a dramatic reduction of Amd1 protein levels in NPCs. Failure to translationally down regulate Amd1 resulted in continued expression of the protein and a failure in NPC differentiation. This data provides an example of how miRNA mediated regulation of an mRNA is essential for early neural differentiation.

Dr Zhang and others go on to show that high levels of Amd1 are essential for the maintenance of ES cells. Reduction of Amd1 levels in ES cells caused the cells to lose their ability to self renew and they started to differentiate. They also demonstrate that increasing the levels of Amd1 enabled the cells to remain in an ES cell like state even in conditions that normally promote differentiation. The authors link these observations to the polyamines and suggest that tight regulation of the levels of polyamines is essential to maintain cells in an ES cell like state.

Regulation of gene expression during ES cell differentiation is complex, and there is extensive cross talk between the different layers of control. There is now a greater need to understand the finer levels of control that lie at the post-transcriptional level. The polyamine pathway is a fine example of this complex regulation, as the enzymes within the pathway, in addition to being transcriptionally regulated, are under heavy translational control as well to ensure each of the polyamines are present at the appropriate levels. These polyamines themselves serve to further regulate gene expression.

Understanding the full picture of gene expression control will involve its interrogation at all levels to identify both the regulated genes and mRNAs and the regulators themselves. As this network of controls becomes more defined so too will our ability to direct the differentiation of ES cells taking us one step further to realizing their clinical potential.
........................................
References:
1. Zhang, D, et al; 'AMD1 is essential for ESC self-renewal and is translationally down-regulated on differentiation to neural precursor cells'; Genes Dev; 2012. 26(5): p. 461-73.