In conversation with Dr Caroline Boulton, Global Program Head for Malaria at Novartis 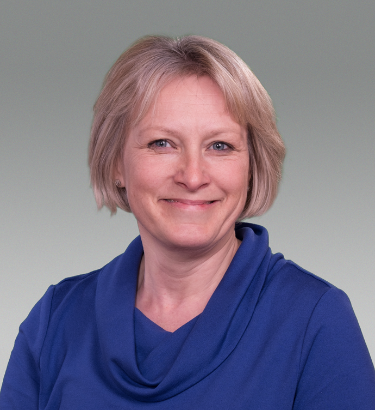 Since the previous century, Tropical and subtropical regions have been grappling under the parasitic infections of Plasmodium falciparum, causing the endemic Malaria. In 2018 there were 228 million cases of malaria worldwide resulting in an estimated 405,000 deaths. Though vaccine for Malaria is underway, there is a critical need for diagnosis and quick treatment of this highly transmittable disease. Effective remedies are need-of-the hour to reduce the dreadful impact of this mosquito-borne infectious disease. The development of resistance to drugs poses one of the greatest threats to malaria control and results in increased malaria morbidity and mortality. Dr Caroline Boulton, Global Program Head for Malaria at Novartis shares more insight around this concern and currently available effective solutions.

Can you share few highlights from the recently held “Health Innovation Series“ and the novel approaches discussed towards eradicating malaria?

We were very happy to be a part of the APLMA Malaria Gamechangers Series, which addressed important areas for attention as the APAC region continues to move towards malaria elimination. The two sessions Novartis took part in highlighted the urgent need to track emergence of resistance and be ready with novel combination treatments which can kill even resistant malaria parasites. Of course, the best way to beat resistance is the elimination of malaria itself. Another key issue on the path to elimination is tackling and tracking substandard and falsified medicines (SF).  SF increases the risk of resistance further as patients receive ineffective or unsafe therapies and this erodes the public’s trust in medicines. Novartis is actively engaged in tackling both these challenges, with the most advanced pipeline of novel antimalarials to fight resistance and through committed involvement with partners to identify and report falsified and substandard medicines.

How innovations can address drug-resistance in the fight against malaria and how novel antimalarial therapies can assist in present scenarios?

Artemisinin combination treatments (ACTs) - the current gold standard treatment for malaria - are under threat. There is evidence that partial resistance to ACTs is emerging in SE Asia, partially due to poor quality antimalarials and also to patients not completing their full course of treatment. Most experts agree that more widespread resistance to today’s leading treatments is inevitable over the next two decades, so we need to plan for a day when ACTs may no longer be effective. Next-generation antimalarials, which have powerful antimalarial effects and further simplified dosing schedules are urgently needed. Novartis has two cutting-edge compounds in development for treatment of malaria. Both are from new classes of compounds selected for their ability to treat malaria in different ways from current therapies.

Ganaplacide: Ganaplacide is a developmental malaria drug that acts against both the blood and liver stages of the parasite's life cycle. Ganaplacide, in combination with a new formulation of lumefantrine, has the potential to both treat and prevent malaria, including that caused by artemisinin-resistant strains. It offers the possibility for once-daily administration to cure uncomplicated malaria, which should be simpler and easier for patients to take. This may impact resistance (which often develops as a result of patients not-adhering to multi-day dosing schedules). A Phase llb clinical study is ongoing at multiple sites in nine countries across Africa and Asia with another trial in 4 countries in Africa just about to start. If these trials are successful, a larger Phase III study will follow, to generate the evidence needed for regulatory approval. Novartis leads the development of this compound with scientific and financial support from Medicines for Malaria Venture (MMV) in collaboration with the Bill & Melinda Gates Foundation (BMGF).

Cipargamin: Cipargamin is a new type of antimalarial in development which works twice as fast against the parasite as the current gold standard treatment, artemisinin. As a result, it in development for the treatment of severe malaria where rapid reduction of parasite numbers is required. Cipargamin also has the ability to block transmission of malaria parasites from humans to mosquitoes. In 2021, a Phase IIb study in adults and children with severe malaria will start in a number of countries in Africa and Asia. Cipargamin is being developed by Novartis with support from the Wellcome Trust and the PAMAFRICA Consortium, led by MMV.

Can you elaborate on the combination approach which can maximize protection against malaria around the APAC region?

Some studies have suggested that the use of three antimalarial agents together may improve treatment outcomes and reduce resistant parasites in the APAC region. However, more evidence supporting this intervention is still needed. Other ways to tackle the emerging resistance problem include reducing substandard and falsified medicines, ensuring patients take their full treatment course and of course, the best long-term solution to dealing with resistance - apart from malaria elimination - will be novel compounds.

With a twenty five-year history of innovation in malaria, Novartis is continuing to invest more than USD 100 million between 2018-2023 to advance the development of novel, next-generation treatments to combat emerging resistance to current gold standard antimalarials. In addition, the company is committed to maximize patient access in malaria-endemic countries. In 2009 Novartis launched the first child-specific antimalarial developed in collaboration with the Medicines for Malaria Venture. The company is currently collaborating with the PAMAfrica research consortium to test a new formulation developed specifically for babies, a very vulnerable group.

How do you foresee the impact of malaria in the APAC healthcare market and what is your suggestion to balance it?

As countries in the APAC region near elimination of malaria, the biggest danger lies in diminishing political will to finish the job. COVID-19 has shown the world that robust and strong health systems are vital in combatting any disease. As the malaria burden falls and other diseases, including COVID-19, take center stage, it is tempting for governments to move resources to other health priorities. This will leave those most at risk still vulnerable to the disease and to the rising risk of resistance.