"Biomarkers can play a key role in improving diagnosis and disease management of heart failure. "

Recently, Priyanka Bajpai from BioSpectrum Asia spoke to Dr Antoni Bayes-Genis on the need to staying healthy and the future of NT-proBNP as a cardiac biomarker. 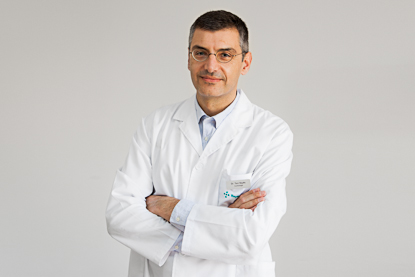 Singapore - Southeast Asia is home to 9 million heart failure patients. In Singapore alone, it accounts for around 6,000 hospitalizations. Worryingly, not only is heart failure prevalence on the rise (the number of patients is expected to increase by 46% by 2030), but costs of heart failure care are expected to double.

Because the condition is often undertreated, 1 in 4 patients are readmitted one month after discharge. There is therefore an urgent need to raise awareness among the medical community about accurate monitoring of the condition.

NT-proBNP is a cardiac biomarker that accurately monitors heart failure. It is now a Class 1A recommendation for prognosis of heart failure and is increasingly being incorporated into routine practice. In heart failure therapy, NT-proBNP provides stronger prognostic information of the unfavorable outcomes than the traditional indicators. In fact, NT-proBNP is critical to monitoring the effectiveness of new pioneering drug (ARNi), which decreases mortality rates by 30% - the first major development in heart failure treatment in years.

Professor Bayes Genis is currently the Chairman at the Heart Institute, ‘Germans Trias i Pujol’ University Hospital in Barcelona. He is also the Director of the Heart Failure and Cardiac Regeneration Research (ICREC) Program, and a Professor of Medicine at Autonomous University in Barcelona, Spain. In addition, he is a Fellow of the European Society of Cardiology and an ICON investigator. Recently, Priyanka Bajpai from BioSpectrum Asia spoke to Dr Antoni Bayes-Genis on the need to staying healthy and the future of NT-proBNP as a cardiac biomarker-

Q1. Southeast Asia is home to 9 million heart failure patients, Singapore alone accounting to 6,000 hospitalisations. Still on an average, people are not worried about being heart healthy unless alarmed with symptoms. What are your views on this?

It is true that most heart problems are the result of classic risk factors such as a sedentary lifestyle, diabetes and obesity. However, those who lead healthier lives can also suffer from heart problems, which many people aren’t aware of.

This is an issue among women and younger people, who typically do not see heart problems as a condition that will affect them.

Additionally, many people are not aware of all the symptoms of heart failure in the same way that they may know about other life-threatening illnesses to look out for. The difficulty is that heart failure symptoms are non-specific and can include common ailments such as nausea, fatigue and reduced appetite.

To help prevent and manage heart failure I would recommend, particularly for those with a family history of coronary problems, eating a healthy diet, staying physically active, avoiding smoking and excessive alcohol and watching out for changes to your body.

Q2. In your professional career, have you seen any changes in the demographics of heart failure victims?

Over the past few decades we have witnessed an increased number of women and under 55s admitted with heart failure.

Heart failure still increases dramatically with age, rising from 3 to 10% among individuals over 70 years old. But heart failure continues to remain undertreated. One in four patients is readmitted one month after discharge.

In the coming decades, the global burden of heart failure is predicted to increase due to both the fast-ageing population and the increased prevalence of risk factors such as hypertension, coronary heart disease, obesity, diabetes and hyperlipoproteinemia. Half of the world’s cardiovascular burden is predicted to occur in the Asia Pacific region.

Q3. During your career, what piqued your early interest in cardiac biomarkers?

For years and even decades, the heart has been considered only an electro-mechanical pump. Most of the research was performed in electrical disorders, myocardial dysfunction and coronary artery disease. In recent years, as technology has evolved, we have been able to measure a multitude of proteins and peptides that circulate in the blood and provide powerful information about health and disease. Further, in our specialty, Cardiology, we only use our clinical ability and imaging techniques (from ECG to cardiac MRI) to diagnose and treat. Biomarkers are becoming the liquid biopsy of the heart, and are evolving quickly to support precision and personalised medicine.

Q4. Tell us more about NT-proBNP as a cardiac biomarker?

Q5. How does NT-proBNP cardiac marker have an advantage in managing heart failure over traditional methods?

NT-proBNP is now a Class 1A recommendation for prognosis of heart failure. In heart failure therapy, NT-proBNP provides stronger prognostic information of the unfavourable outcomes than the traditional indicators, and an increased level of NT-proBNP can indicate an increased risk of recurrent events.

NT-proBNP levels change in response to treatment and therefore it is used to monitor how effective the treatment is.

Studies have also shown that readmission rates are reduced when patients are treated based on NT-proBNP assessment compared to usual care. Measuring NT-proBNP levels at discharge allows us to identify those in need of further treatment and those who are not, helping us prevent rehospitalisation and reduce the economic burden of heart failure.

Combining NT-proBNP assessment with a home-based nurse care programme has also been shown to improve patient outcomes, and is more cost effective than usual care. This is an important benefit in countries where traditional healthcare systems are stretched and the move towards community-based care has become critical.

Q6. What are the clinical challenges faced during your research? What is your biggest learning?

Research is the ability to transform your dreams into tangible new opportunities. Sometimes, these dreams do not become a reality, but one can never stop dreaming. My biggest learning is to stay open to new ideas, and to allow myself the free association of ideas.

Q7. As the number of new biomarkers continues to grow, how can medical practitioners stay abreast of the latest trials happening in the field?

We will need to address the value of the novel biomarkers on top of what we know has been useful, particularly the clinical acumen and imaging. The newer biomarkers need to demonstrate three things before being implemented. First, that they can be measured with robust and reproducible assays. Second, that they provide information that complements and refines current knowledge. Third, biomarkers need to be valuable to adjust treatment. Whichever new biomarker can provide a YES to these three issues will be well suited to enter the clinic.

Q8. What are some of the most promising biomarkers on the horizon?

In the field of heart failure there are many interesting biomarkers in the horizon, above and beyond NTproBNP. Among them the most promising are high-sensitivity troponin T (hs-TnT) as surrogate of cardiac injury; ST2, indicative of cardiac fibrosis and remodelling; and GDF-15, as surrogate of inflammation and ageing.

Q9. What advances in cardiac biomarker testing do you hope to see in the next decade? Where will cardiovascular research and treatment go from here?

The next decade is the decade of precision medicine. We will move from single biomarker measurements to panels of multi-biomarkers that will be more accurate both for diagnosis and prognosis purposes. Use of biomarkers to guide therapy is a challenge that will become a reality. Further, the fast growth of –omic data will certainly provide a combination of genetic, metabolomic, and proteomic biomarkers. In sum, exciting times ahead. The heart is a unique molecular machine beyond that of a pumping muscle, and cardiologists need to be aware of this for better treating their patients.