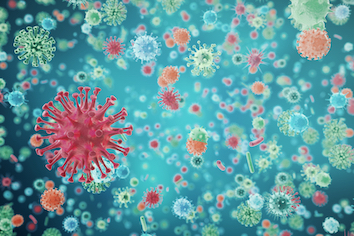 Climate Change is one of the biggest threats humanity has ever faced. By all accounts, and if not mitigated, it will have a devastating impact on life as we know it: rising sea levels that inundate coast lines causing mass migration on a level never experienced before; draughts and floods disrupting food systems; and, the mass extinction of animal species.

But it doesn’t stop there. Bill Gates recently said that “if we’re going to prevent a climate disaster, climate-specific interventions and solutions aren’t enough. We need to be thinking about the indirect effects, too, like how a warmer planet will affect global health”.

We notice extreme climate events. Floods, heat waves, burning forests and droughts capture the headlines. Cyclone Amphan that recently hit India's coast and neighboring Bangladesh, is the kind of storm, that scientists warn will become more frequent with climate change. But the health effects of climate change go well beyond these visible events. Are we guilty of discounting the longer-term (both direct and indirect) impacts of climate change on health? Are we failing to plan for them? To some extent, yes. There is a real danger if we continue doing so.

The COVID-19 pandemic has been declared a global public health emergency by the World Health Organization (WHO), as it has severely disrupted life everywhere.  In the same way, WHO has warned that the increasing stress caused by climate change may be the defining public health threat of the 21st century.

Malaria, a mosquito-borne illness, killed more than 400,000 people in 2018 alone, not to mention the 200 million who continues to fight the fatal disease. The pathogens that cause malaria and other diseases such as dengue, and the mosquitoes that carry them, thrive in warmer and wetter conditions brought upon by a changing climate.

The warming world puts tropical areas such as India and Southeast Asia at a higher risk for many mosquito-borne diseases. India is already facing the adverse consequences of a changing climate,.  In Odisha, the longer duration of rainfall, caused by climate change,  has led to a rise in the breeding time for mosquitoes. This may lengthen the period during which malaria is transmitted.

An increase in temperature also means that mosquitoes will thrive in areas where they don’t exist today. This is particularly alarming if it reaches areas where both people and health systems are not used to fighting mosquito-borne diseases. Vulnerable populations such as women, children and populations living in remote areas will suffer the most as these diseases tend to worsen historical inequities. Displacement of population due to climate change is also a looming threat – leaving people unprotected with limited resources and unfamiliar with the new areas they settle in.

Even as climate change increases the risk of mosquito-borne diseases, it also poses operational challenges for countries with already weak health systems. It is not uncommon for already hard-to-reach forest workers of the Greater Mekong Subregion to be entirely cut off essential medicines because of unseasonal heavy rains and flooding. The climate risk is steadily morphing into health and economic risks.  A bitter lesson that climate change is a clear and present threat to the health of people and our planet.

How are countries adapting their malaria response to climate change?

Given the unfolding menace, countries in Asia Pacific are now adapting malaria programs, altering it to cope and effectively respond to climate change. Some of these approaches hold lessons we can consider as we continue to push for malaria elimination in the region.

Bhutan conducted a systematic (national) vulnerability and adaptation assessment on health outcomes of climate change. It identified the need to integrate climate information with disease surveillance. Similarly, Nepal started conducting research to understand the scale of health problems caused by climate change and supporting studies to assess impact of climate change on emergence and outbreak of disease.

In India, Odisha state is tackling climate change and malaria through a ‘whole of government’ approach, uniting the efforts of different government agencies. This involves  education, agriculture and other sectors that could be activated to mitigate the impact of climate change to malaria outbreaks.

The real challenge is to not just try and predict the effects of climate change and design health policies accordingly, but to also account for the ways in which lives are impacted and often, lost. The fight against malaria, and also COVID-19, has taught us an important lesson: delayed response to a crisis costs lives, increases morbidity, and hurts communities.

We cannot afford to be complacent simply because the climate crisis may seem slower to unfold. Scientists have been urging world leaders to act, reduce global emissions, and flatten the curve of the impact of climate change for decades. Ignore these climate change realities, and our malaria elimination goal will become that much tougher to achieve.

As the world wakes up to the central role healthcare plays in all aspects of life, let us also take this opportunity to bolster our defenses against climate change. The same components of a health system that enable countries to launch a better defense against malaria can also serve them well against a changing climate.

Effects of climate change can be mitigated. COVID-19 provides an opportunity to reset health systems and improve health security for the vulnerable populations by strengthening national and cross border collaboration, surveillance, community engagement, and capacity of local governments.  As countries do this, they must integrate climate change thinking into these processes. Helping health systems adapt and develop climate responsiveness is a smart investment as it will also help us better handle future pandemics and eliminate those that we have long battled.

Building climate resilience is no longer a choice. We urge all countries in Asia-Pacific to act. Governments cannot do it alone. Ministers, academics and researchers, civil society, philanthropists, global foundations, the private sector and other key stakeholders, must play their part. Climate change is not something that will hit us in the distant future. It is here now, and no country is immune.