Seeking the 'Fountain of Youth'

In September 2021, Amazon founder Jeff Bezos invested in longevity biotech startup, Altos Labs putting the spotlight on the field of anti-ageing. Pharma and biotech firms are investing in research that could prevent and reverse the ageing process in humans, but can novel therapies actually provide longevity? Let's find out. 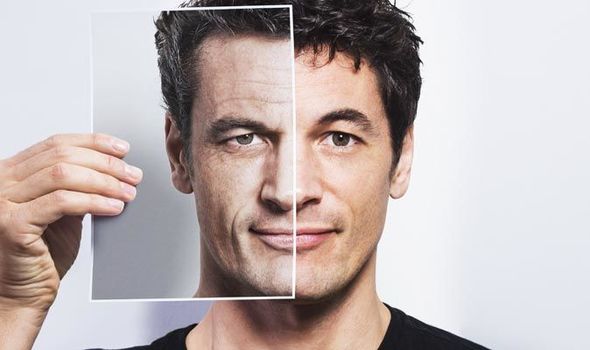 Ageing is mostly associated with skin conditions like wrinkles, crows feet etc., and anti-ageing is considered a purview of the cosmetic industry, but it’s a much more complicated physiological process at a cellular and metabolic level categorised by telomere length, inflammation, oxidative stress, and slower cell metabolism.

While ageing isn’t considered a disease or condition per se, companies are looking at bodily processes at the cellular level to see how ageing progresses and trying to find the right treatments that might slow these processes down.

It is incredibly difficult to develop a single drug that can cure ageing not only because of the complexity, but because it shares similar traits - at a cellular level, with other age related diseases like cancer and neurodegenerative disorders.

That’s why many of the firms studying age-related diseases like cancer and Alzheimer’s are now collaborating with researchers looking at ageing more broadly and vice versa.

Metformin is the most promising anti-ageing drug candidate that is approved by the United States Food and Drug Administration (USFDA). The drug has been used successfully to treat diabetes for over 60 years. Studies have already shown that Metformin can delay ageing in animals. It may also influence fundamental ageing factors that underlie multiple age-related conditions in humans.

The Targeting Aging with Metformin (TAME) Trial, managed by the American Federation for Aging Research (TAFR), is testing whether those taking metformin experience delayed development or progression of age-related chronic diseases—such as heart disease, cancer, and dementia.

Another drug being repurposed for anti-ageing studies is rapamycin. Rapamycin was initially discovered as an anti-fungal metabolite. Subsequently, rapamycin was found to possess immunosuppressive and anti-proliferative properties in mammalian cells, spurring an interest in identifying the mode of action of rapamycin.

It is the only pharmacological agent thus far shown to reproducibly extend lifespan and delay a subset of age-associated pathologies in multiple strains of mice. Swiss firm Novartis is researching rapamycin and its analog, everolimus, for potential anti-ageing effects in humans.

One of the most popular areas of research is around senolytics — a class of drugs that target ageing (or senescent) cells and destroy them via induced cell death.

In 2018, US based startup Unity Biotechnology started the first human trial of its senolytic drug UBX0101.

In 2019, US’ Mayo Clinic published the positive results of its pilot study using dasatinib (cancer drug) and quercetin (cardiovascular drug) in combination as senolytics to treat idiopathic pulmonary fibrosis. This was a small pilot study that points to feasibility of larger trials in age-related diseases.

Despite all the positive news and interest, anti-ageing is still at a nascent stage. Majority of the research currently being done is at a preclinical stage, it would be years, if not decades before we know drugs are a viable option to ageing or not.

‘‘We have seen tremendous interest in the anti-ageing space in the past six months that actually aligns with discoveries that happened about 25 years ago. Since discovering that ageing is a biological process, researchers have been conducting studies and publishing reports on what this means in practice. Some of these findings are gaining significant traction and reach human trial stages, which is likely the source of this renewed interest in the field. More researchers looking at ageing means a higher probability of having treatments ready for human trials and market entry,’’ said Garri Zmudze, Executive Coordinator of the Longevity Science Foundation, Switzerland.

The Longevity Science Foundation is a Swiss non-profit organisation advancing the field of human longevity by funding research and development of medical technologies to extend the healthy human lifespan.

No single treatment or medicine will stop the body’s ageing or reverse all age-related conditions.

‘'While there may never be a definitive “cure” for ageing, we believe there are promising findings that can help us reconceptualise what ageing looks like in our lifetimes. In addition to the drugs/treatments, ageing interventions like nutrition and exercise show a lot of promise in increasing lifespan and health-span; we just need to figure out exactly which forms are most effective,’’ said Garri.

Therapies to treat the hallmarks of ageing have already begun. A cure for ageing will be arrived at gradually, step by step, as we tackle the various aspects of this multifaceted process and do so better and better.

‘‘It will likely not be a single cure but a collection of therapies to address different aspects of ageing: telomere attrition, accumulation of senescent cells, mitochondrial mutation, extracellular and intracellular waste products, extracellular matrix stiffening and more. It will involve stem cell therapy, gene therapy, organ printing and replacement, supplements like NAD (nicotinamide adenine dinucleotide) and epigenetic clocks that help alter erroneous information that has arisen with time,’’ said a spokesperson from BioViva, who don’t want to be named. BioViva USA Inc is dedicated to improving healthy human longevity through gene therapy.

Ageing is not yet classified as a disease by the FDA and other regulatory agencies and until then, there is a lack of context and regulatory support for such research.

‘‘How close we are to a treatment will also depend on grass-root movements that force regulatory bodies to change their endpoints from the diseases of ageing  -  like diabetes type 2, dementia etc. - to ageing itself as a disease.  The regulatory bodies do not regard ageing as a disease and therefore do not fund cures for it. They fund cures for amyloid plaques but not research for the condition that causes amyloid plaques in the first place. Only grass-root movements can change the endpoints of the regulatory bodies. In other words, a cure for ageing requires people to understand that ageing can be cured, and therefore to demand that the old regulatory system adapts to current capabilities,’’ said a spokesperson from BioViva.

Garri feels there are other challenges to overcome before we think about regulatory ecosystem for such research.

‘‘Right now, the key barrier in advancing longevity science is the lack of transparent, equity-free funding for early-stage longevity tech. Much of this tech is not yet eligible for venture funding but needs capital to define a distinguishable therapy/product. This is a fundamental challenge in developing treatments; until it is overcome, regulatory barriers will be a problem that we will need to address in the future when specific treatments are ready for international introduction,’’ said Garri.

The global anti-ageing market is predicted to skyrocket from around $191.5 billion in 2019 to a whopping $421.4 billion by 2030, according to a report by P&S Intelligence. As the research evolves, there will be a better understanding of the science of ageing and longevity. All this will open a new frontier and will certainly translate to a better and healthier life.