The Nano Approach of Medicines

Increase in adoption of novel nanomedicines products drives the market growth in India. Moreover, increase in the number of players and high adoption of innovative technologies further fuel the market growth. In addition, robust government initiative toward improvement of healthcare facilities through insurance schemes is anticipated to provide lucrative growth opportunities in the country. The nanomedicines market in India is expected to grow at the highest CAGR of 13.4% from 2016 to 2023. 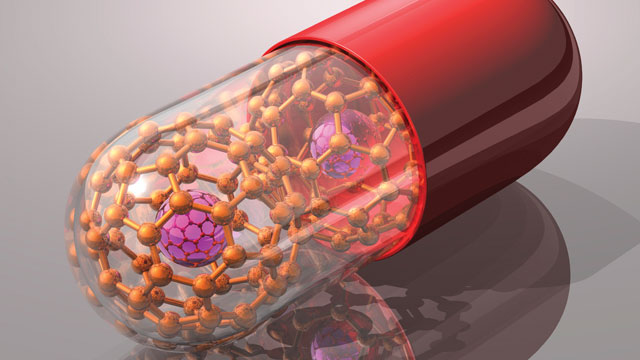 Geographically, the market for nanomedicine is segmented into North America, Europe, Asia-Pacific, Middle East & Africa, and Latin America. Currently, North America accounts for the largest market share. The Asia-Pacific region is expected to grow at the highest CAGR during the forecast period of 2018-2023, owing to the improving research infrastructure in the region, improved purchasing power of patients, the rapid increase in geriatric population, and rising awareness regarding healthcare. China and India are to be foreseen as the growing nanomedicine markets in Asia.

A new report by Grand View Research, Inc. observed that the global nanomedicine market is anticipated to reach $ 350.8 billion by 2025. Development of novel nanotechnology-based drugs and therapies is driven by the need to develop therapies that have fewer side effects and that are more cost-effective than traditional therapies, in particular for cancer.

Application of nanotechnology-based contrast reagents for diagnosis and monitoring of the effects of drugs on an unprecedented short timescale is also attributive drive growth in the coming years. Additionally, demand for biodegradable implants with longer lifetimes that enable tissue restoration is anticipated to influence demand.

As per the World Health Organisation (WHO) factsheet, cancer is found to be one of the major causes of mortality and morbidity worldwide, with approximately 14 million new cases in 2012 and 8.2 million cancer-related deaths. Thus, demand for nanomedicine in order to curb such high incidence rate is expected to boost market progress during the
forecast period.

Solutions such as nanoformulations with triggered release for tailor-made pharmacokinetics, nanoparticles for local control of tumor in combination with radiotherapy, and functionalized nanoparticles for targeted in-vivo activation of stem cell production are anticipated to drive R&D, consequently resulting in revenue generation in the coming years.

Biopharmaceutical and medical devices companies are actively engaged in development of
novel products as demonstrated by the increasingly growing partnerships between leading enterprises and nanomedicine startups.

Nanotechnology is one of the most promising technologies in the 21st century. The nanomedicine branch offers an impressive solution for various life threatening diseases such as cancer, Parkinson, Alzheimer, diabetes, orthopedic problems, diseases related to blood, lungs, neurological, and cardiovascular system.

In 2007, investment in nanotechnology by venture capitalists (VCs) was $702 million, across 61 deals. Of these, 27 per cent went to healthcare and life science. Two years later, the nanotechnology market captured $792 million in VC investment, with the largest share (51 per cent) going to healthcare and life sciences. This doubling of the funds invested in healthcare in such a short period demonstrates investor interest in nanomedicine.

Nano Mission is currently being chaired by Professor CNR Rao, FRS, National Research Professor and Honorary President & Linus Pauling Research Professor, Jawaharlal Nehru Centre for Advanced Scientific Research, Bengaluru. “Though India ranks third in terms of publications on Nano Sciences, it was behind several nations in terms of using it in the field of medicine. The country needs to progress more in the field of nanomedicine. It is a fast emerging area with enormous promise of tackling hitherto-complex and tough diseases like cancers, neurodegenerative disorders and infections”, he pointed out while attending the 9th edition of Bengaluru India Nano event recently.

As a part of the efforts towards fostering a business environment for the development of Nanoscience and Nanotechnology Industry in India, Bengaluru India Nano event is being organized every year since its inception in 2007.

At the latest edition of the India Nano event in December 2017, a separate session on nanomedicine was conducted in order to discuss the latest research being carried out at different institutes all over India. “Our team is working on a technique based on gold nano-structures that would offer cancer treatment at just Rs. 10,000. The Phase 1 trials are complete and we are preparing for Phase 2 testing of the procedure”, discussed Prof Rohit Srivastava, IIT- Bombay, while giving out a presentation at the event.

The Indian Society of Nano Medicine (ISNM) was launched in 2016 in order to bring several Indian nano technology researchers together and use it for slashing high cost of medicines, provide customised treatment and improve diagnostics.

“This platform will give members an opportunity to closely interact with peers in the field of nanomedicine with particular emphasis on the interdisciplinary nature of the contacts between innovators and physicians focusing on clinical application. Apart from providing targeted delivery, nano drugs will help in lowering the cost as dosage will reduce from milligrams to nanograms with less side effects. The ISNM will also see collaborations in future with American Society of Nano Medicine and similar societies from other countries as well”, shared Amit Dinda, Secretary of ISNM.

Three teams from BRICS countries, including Russia and India, have recently planned to embark on a project that uses the benefits of nanomedicine to simultaneously bundle both diagnostics and therapy into one package for treating cancer.

“Nanotechnology has come a long way in the last five years and now nanomedicine, a marriage of nanotechnology and medicine, is taking its place in the fight against unmet diseases. With the promise of medical applications such as targeted cancer treatments, microscopic sensors and even devices that mimic human organs in the future, enthusiasm for the field is backed by serious research and development funding from government and industry”, highlighted Prof Satyajit Mayor, Director, National Centre for Biological Sciences (NCBS), Bengaluru.

The investment in the nanomedicine market is set to increase. New applications have demonstrated its value, and the resulting expansion of potential markets makes the risk more appealing.

The key global players in the nanomedicine market are:

Research Institutes in India currently involved in the field of Nanomedicine