Syngene is the contract development and manufacturing organisation (CDMO), an arm of Biocon, India, one of the leading insulin makers in the world. In an email interaction with BioSpectrum Asia, Dr Mahesh Bhalgat, Chief Operating Officer, Syngene International, shares with us the latest developments in diabetes care. Edited excerpts; 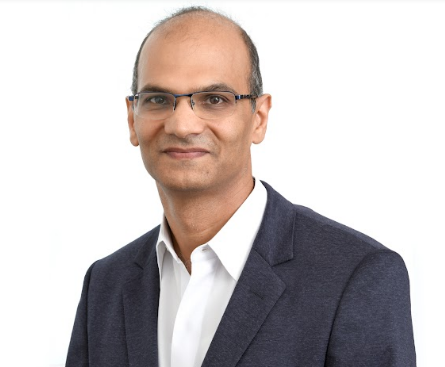 What are the latest developments in diabetes treatment drugs and therapeutics in Asia and globally as well?

It is important to look at the diabetes management approaches since India is home to the world`s second-largest adult diabetes population, and every sixth person with diabetes in the world is an Indian.

The Indian Council of Medical Research (ICMR) has issued new guidelines for type 1 diabetes earlier this year, in June.  According to the American Diabetes Association (ADA) and the ICMR, the management of type 1 diabetes involves the use of insulin, among other recommendations. However, hypoglycemia (sudden drop in blood sugar causing falls and unconsciousness) represents one of the common side effects of insulin; therefore, insulin analogues which have a quicker onset and shorter duration of action compared to regular insulin were discovered. More recently, two new injectable insulin formulations - insulin as part and insulin lispro with enhanced rapid action and less prandial glucose excursions with lower hypoglycemia risk have been introduced.

For type 2 diabetes, other medications include glucagon-like peptide 1 receptor (GLP-1) agonists, sodium-glucose cotransporter 2 (SGLT2) inhibitors with or without metformin, based on glycemic needs may be prescribed for individuals who are at high risk for atherosclerotic cardiovascular disease, heart failure, and/or chronic kidney diseases.

While all these approaches exist, regular testing, lifestyle and diet play a very important role in managing diabetes and need to be part of the regimen as advised by medical professionals.

What steps can be taken to bridge the disparity in diabetes care, while improving access to insulin and other drugs?

Affordable access is important when it comes to managing chronic conditions where the drugs used for management are often indicated for lifelong treatment.  Hence, along with cost, a reliable supply of the drug is very important for good disease management.  Syngene does not manufacture diabetes drugs. However, the company has several assays for testing insulins to allow clients to ensure lower-cost biosimilar versions of insulin can be developed. Other contributions that have come from scientific improvements are the use of efficient expression systems, which provide higher yields and faster timescales for producing insulin through recombinant technology.

According to ICMR, the past three decades witnessed a 150 per cent increase in the number of people with diabetes in the country. An area of concern is the progressively lower age at which type 2 diabetes is being diagnosed, with the disease prevalence becoming apparent in the age group of 25-34 years in both urban and rural areas. Additionally, according to The Lancet Diabetes & Endocrinology journal's modelling study, among the estimated 8.4 million people living with type 1 diabetes across the globe in 2021, India ranked in the top ten countries with the highest prevalence of the disease, with the major population being children below 18 years old. Bearing in mind the varied nature of the population, it is important to provide multiple and parallel treatment options for such patients.  Syngene’s expertise in the areas of drug discovery, development and manufacturing can all contribute towards diabetes research.  For example, working on insulin analogues, newer formulations, and identifying new targets can potentially help in controlling blood sugar through different modalities. Currently, our efforts are focussed on the testing of insulin analogues in different bioassays as recommended by regulatory authorities, which include adipogenesis, inhibition of lipolysis and glucose uptake assays. Consequently, we are most directly associated with this research by bringing in high-quality assays for testing insulin potency.

We also perform other assays, which include insulin receptor binding assays and insulin-neutralising antibody assays. A variety of different platforms are used to ensure that the analogues have the right potency, perform efficiently and are safe for patients. Also, characterisation and comparative assays and pharmacokinetics studies are done at Syngene for clinical and non-clinical purposes.

Which advancement are you most excited about?

I think the most intriguing aspect of diabetes care is the relentless pursuit of orally active insulin. Neither the world at large nor the research community has given up on the hope of having to not inject insulin. In the meantime, ensuring that a variety of analogues are available to patients is a significant advancement in managing diabetes, and, on the research side, the availability of high-quality assays like ours to test insulin and its analogues for potency and activity makes a significant difference. In the laboratory, continuing research on advancements such as oral insulin, IGF-1 (Insulin-like growth factor I) and stem cells may offer important options for patients in the years to come.