How can Singapore optimize chances of future reproductive success with egg freezing- What more should be done? 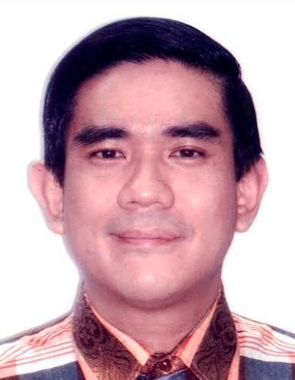 The Singapore government recently announced that from 2023 onwards, non-medical egg freezing for fertility preservation will be made available to all women aged between 21 to 35 years of age, regardless of marital status. This elective procedure is wisely restricted to women who are 35 years old or younger, due to strong medical evidence of a sharp drop in female fertility above this age.

This will undoubtedly optimize chances of future reproductive success for patients, while avoiding false hope and wastage of money for older women.  Additionally, compulsory pre-procedure counseling will also be implemented as a safeguard to ensure that prospective patients are well-informed of the medical risks, success rates and finances of elective egg freezing, before undergoing the procedure.

While such steps are indeed wise and prudent, there is still much more that can be done to encourage and promote best clinical practice of social egg freezing in Singapore. These are as follows:

Enhanced training and accreditation of embryologists carrying out egg freezing procedure, together with rigorous monitoring of success rates

The freezing (cryopreservation) of unfertilized eggs is much more technically demanding and require much higher quality control standards compared to embryo freezing. This is because unfertilized eggs, being a single large cell, tend to survive the freezing process less well than embryos, which consist of several small cells. If ice crystallization during the freezing process were to damage just one or two cells of a multi-celled embryo, it can still survive after thawing. The same cannot be said of an unfertilized egg that is composed of just one large cell. Moreover, the genetic material (chromosomes) of the unfertilized egg is spread out in a spindle-like structure (Metaphase II spindle), making it much more vulnerable to ice crystallization damage compared to the genetic material of embryos that is usually tightly-packed together. Hence, the latest egg freezing protocols utilize vitrification technology that avoids ice crystallization altogether, by using high solute concentrations to draw out as much water from the unfertilized egg as possible, together with rapid flash-freezing in liquid nitrogen.

The problem is that even if there is a slight procedural deviation or lapse in the quality control of egg freezing, ice crystallization readily occurs that will irreversibly damage the unfertilized egg, rendering it unusable after thawing. Hence IVF laboratory staff (embryologists) that carry out the vitrification protocol would need a much higher level of training and accreditation compared to embryologists that just carry out embryo freezing. To date, the biomedical industry has developed various different brands of vitrification kits that can be concurrently used for freezing of both eggs and embryo. Cheaper and lower quality vitrification kits that work well for embryos may not yield optimal results for unfertilized eggs. The Ministry of Health  (MOH) in Singapore should therefore rigorously assess these various kit brands based on published scientific data on unfertilized eggs, and approve only the best of these for use in Singapore. Additionally, MOH should work together with biomedical companies producing or supplying such high-quality kits, to ensure rigorous training and accreditation of embryologists doing egg freezing. To ensure that high standards for egg freezing are being maintained, MOH should also closely monitor and track IVF success rates with frozen eggs.

Due to busy work schedule and time constraints, many career women hastily undergo egg freezing  almost immediately after preliminary fertility screening to assess their suitability for the procedure. This does not always yield optimal results. Given that so much money and time have to be invested in the procedure, prospective egg freezing patients would be well-advised to undergo pre-procedure fertility enhancement programs, to optimize their chances of future reproductive success. This involves a multi-faceted approach focusing on exercise, weight control, healthy diet, fertility supplements and complementary/alternative medicine to improve and optimize egg quality before freezing.

Being overweight or underweight have been well-documented to reduce female fertility and IVF success rates. A healthy body mass index (BMI) is crucial for ensuring optimal egg quality for freezing.

Before starting an egg freezing cycle, patients would be well-advised to maintain a healthy diet rich in folic acid, vitamin B12, selenium and zinc. Currently on the market, there are various commercially-available products that combine various vitamins and dietary supplements into one package to specifically improve egg quality prior to IVF or egg freezing. These include:

For women with pertinent health problems that could reduce their chances of successful egg freezing, such as Polycystic Ovary Syndrome (PCOS), irregular menstrual cycles, aberrant hormone levels and low ovarian reserves, they might consider complementary or alternative medicine to boost their fertility before starting an egg freezing cycle. These would include herbal therapy based on traditional chinese medicine, ayurveda and acupunture. While anecdotal evidence suggests that some patients do experience marked improvements after undergoing such therapies, the current scientific evidence is not clear-cut, and rigorous clinical studies are lacking. Hence prospective patients should exercise caution and make a conscious effort to gather more information, before deciding on such treatments.

The high costs of egg freezing may make it unaffordable to many prospective  egg freezing patients, particularly younger women with less savings, but at the peak of their fertility. Hence, the Singapore government should consider various financial assistance schemes to help such younger women with optimal egg quality for freezing. In this case, direct government subsidies cannot be justified because elective egg freezing for non-medical reasons is non-essential for sustenance of either health or life. Nevertheless, there are various other options that can be considered. Perhaps, it may be wise to set an even younger age limit for such financial assistance to egg freezing patients, for example 30 years of age. This could serve as an incentive to push and encourage women to freeze their eggs even younger for their own benefit, thus boosting their chances of future reproductive success.

In Singapore, the compulsory pension plan that all public and private sector employees must subscribe to is the Central Provident Fund (CPF), the medical component of which is known as Medisave. At present, CPF Medisave can be utilized to fund IVF treatment of married patients who have trouble conceiving. Perhaps, the government should also consider allowing the utilization of CPF medisave for non-medical egg freezing.

In some countries such as the USA and UK, Freeze and Share programs, in which the medical fees of egg freezing patients are heavily subsidized in return for donation of some of their eggs, have already been operating for several years. The advantage of such a scheme is that there are no additional costs to government coffers, as subsidies come directly from IVF patients receiving egg donation. Moreover, Freeze and Share programs can also overcome the persistent shortage of egg donors for IVF patients in Singapore.

Yet another option is for the Singapore government to provide loans to younger women freezing their eggs, with low interest rates equivalent to current government loans for university tuition fees and public housing.

Perhaps some companies in Singapore might consider sponsoring elective egg freezing for their female employees as a corporate perk, to attract and retain human capital. Indeed, this is already being practiced by tech giants such as Apple, Google and Facebook within the USA.

Refund of medical fees for donation of unused frozen eggs

The Singapore government can also consider allowing women who donate their unused frozen eggs to be refunded medical fees by recipient IVF patients. In this case, ethical problems associated with undue financial inducements, and commercial egg trading are not applicable, because these women are just being reimbursed medical fees that they had already spent.

Currently, the cryostorage facilities in many local IVF laboratories are rather rudimentary, and focused on short-term storage of frozen embryos and sperm, often comprising of just small-volume liquid nitrogen tanks that need to be regularly topped-up. This is because most IVF patients often quickly utilize their frozen embryos and sperm for treatment within a few weeks or months. Nevertheless, there are much larger and better-equipped facilities in Singapore dedicated to long-term cryostorage over several years or even decades, such as private cord blood banks and tissue/cell banks based in public hospitals. The staff at such specialized cryostorage facilities are dedicated full-time to maintaining the low-temperature storage of tissues and cells, and there are often various additional quality control and fail-safe measures such as emergency power generators to facilitate this. By contrast, IVF laboratory staff (embryologists) have many other duties besides ensuring proper cryostorage of frozen eggs. Certainly, this situation is far from ideal. Hence, the Ministry of Health, in collaboration with private cord blood banks and public tissue/cell banks, should attempt to establish centralized well-equipped cryostorage facilities for frozen egg banking, rather than just relying on individual IVF laboratories. Additionally, to better serve the interests of egg freezing patients, rigorous audit and inspection procedures should also be implemented to ensure proper cryostorage of frozen eggs. This is not a trivial issue, given that there have been several high profile cases of cryostorage failure reported in the news media, resulting in irreversible damage to frozen eggs and embryos, for example through leakage of cryostorage tanks, or through negligence of laboratory staff who forget to top-up with liquid nitrogen. Consequently, such unfortunate incidents have led to high-profile lawsuits being filed by patients. Hence, the government should also consider implementing insurance or compensation schemes to cover accidental loss of frozen eggs due to cryostorage failure.

Because the medical risks of pregnancy complications increase with maternal age, it would be prudent to place a time limit on the storage duration of frozen eggs based on the patient’s age. For example it can be mandated that patients are allowed to store their frozen eggs until 55 years of age, after which their frozen eggs must either be disposed or donated to research or treatment of other patients. A time limit based on the patient’s age also has the advantage of ensuring that the patient has adequate remaining lifespan to raise the child to adulthood. Additionally, clear and coherent directives for the disposal, donation and export of frozen eggs should also be set. Safeguards should be put in place to prevent unauthorized use of disposed frozen eggs for training of new laboratory staff  without the patient’s consent. Additionally, safeguards are also necessary for managing the donation of unused frozen eggs to other patients. For example, mandatory counseling and informed consent of the husband should be required if the donor is married; as well as recipient patients being made aware that IVF success rates with frozen eggs are significantly lower than fresh eggs. Finally, there is also the controversial issue of allowing patients to export their frozen eggs to foreign IVF clinics for procedures banned in Singapore, such as surrogacy and single motherhood with donor sperm.

In conclusion, achieving best practice of egg freezing in Singapore would require the Ministry of Health to work closely with various public and private IVF centers, together with relevant biomedical industry players such as manufacturers and suppliers of vitrification kits, as well as providers of cryostorage facilities such as cell/tissue banks. It is hoped that whatever have been discussed would be taken into account to ensure best practice of egg freezing in Singapore for the ultimate benefit of patients.

Dr Alexis Heng Boon Chin is a Singapore citizen, who is working as an Associate Professor of Biomedical Science at Peking University, China. He had previously worked in the field of human clinical assisted reproduction research in Singapore, and has authored 50 international journal publications on ethical and legal issues relating to new reproductive technologies, in addition to also having published more than 260 scientific journal articles.