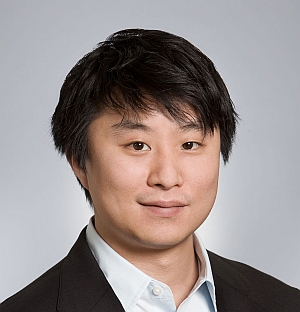 Compared to 2011, global pharmaceutical and biotechnology sectors suffered a setback in the number of mergers and acquisitions (M&A) deals, including reverse mergers, in 2012. Chair of the Healthcare Team at IMAP, an M&A advisory firm, Mr Christoph Bieri acknowledges this downturn in a recent report, and cites the European fiscal crisis and "ObamaCare," among other reasons, for limiting big pharma's growth prospects. "Since most big and mid-sized pharma players have been using M&A to fuel growth for a long time, good targets are scarce and hard to come by," says Bieri.

A look at individual Asian markets may reveal little change between 2011 and 2012, but markets like China and Japan have recorded marginally higher number of deals completed in 2012 compared to the year before. In January 2012 itself, in addition to Gilead Sciences' completing its purchase of Pharmasset for $11.2 billion, three of the largest Asian healthcare M&A agreements were signed and also, the formerly-known Watson Pharmaceuticals (now Actavis) announced its acquisition of Ascent Pharmahealth, an Australian generic pharmaceutical company focused mainly on dermatology, for $395 million. The following week, Nagase & Co. completed its $910 million acquisition of Hayashibara, a Japanese food and pharmaceutical ingredient maker, among other businesses.

In March 2012, BioPharm Insight reported on a likely rise in China healthcare M&A deals through the year, partly due to the government's 12th Five-Year Plan, which broadly set about to support large groups and enterprises in order to improve its national healthcare systems, particularly in under served and rural areas.

A subsequent report by BioPharm Insight revealed that, as businesses mature, China's pharmaceutical and biotechnology sector experts expected Chinese companies to shift away from Over-the-Counter (OTC) and generics businesses towards more of R&D activities.

By year-end, BGI was given clearance by the US government to acquire Complete Genomics, a US genome sequencing company. The deal was completed in March 2013 for $117.6 million. Another large investment in China was made by Pacific Alliance, a private equity firm, which bought an undisclosed stake in Shaanxi Bicon Pharmaceutical for $250 million in February 2012. China-based Bicon makes a broad range of healthcare products including generics, vaccines, and bio-pharmaceuticals.

Meanwhile, with the fall of the Yen's value against the US dollar, Japan's M&A activity continued to stall. Most deals were below $100 million, like, Mitsubishi Tanabe Pharma acquired Nipro Corporation's pharmaceutical manufacturing business for $74 million, and Taisho Pharmaceutical acquired Tokuhon Corporation, a Japanese analgesic and anti-inflammatory maker, for $59 million. Interestingly, in 2011 Teva Pharmaceutical Industries had bought a 57 percent stake in Taiyo Pharmaceutical for $430 million, giving the Israel-based generics maker a significant piece of the Japanese generic
drugs market.

Sumitomo Mitsui Financial Group's twin deals, worth $83 million (advising on the Taisho-Tokuhon deal), brought it on the top of the league tables for healthcare M&A deals in 2012, followed by Nomura Holdings' three deals totaling $74 million. In addition, Australia continued to be a big player in the Asia-Pacific region in 2012, accounting for three of the top 10 M&A deals in Asia excluding Japan.

Other than the Watson-Ascent deal, South Africa-based Aspen Pharmacare acquired 25 drug brands sold in Australia from GlaxoSmithKline for $271 million in December 2012. Nabi Biopharmaceuticals agreed to merge with Biota Holdings, an Australian anti-infective developer, in a deal worth $152 million in October 2012.