Is big pharma backtracking from neurosciences? 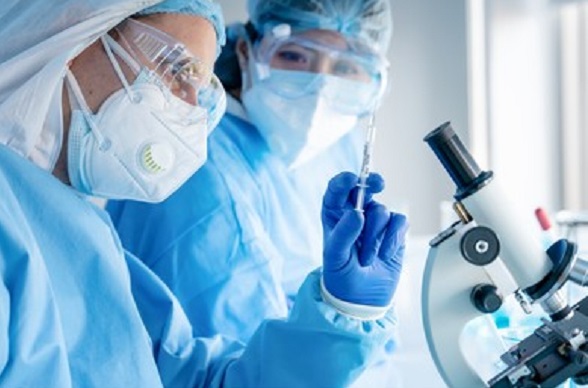 Brain diseases are the greatest contributor to the global burden of diseases, comparable to the impact of cardiovascular diseases. The World Health Organisation (WHO) estimates that 700 million cases of mental and neurological disorders (MNDs) are reported annually—accounting for 13 per cent of the global disease burden and expected to double by 2030. And yet it’s one of the least funded therapy areas.  A report from ABPI (Association of the British Pharmaceutical Industry) suggests that 38 per cent of global R&D is invested in oncology and immuno-oncology, whereas other areas, such as respiratory (9.3 per cent) and nervous system (7 per cent) attracted less funding.

Though these reports may suggest pharma’s lack of interest in the brain disorders space, experts however disagree with the notion of big pharma abandoning the sector.

Echoing the same sentiment, Dr Harry M Tracy, President, NI Research, USA, says “It is true that a few big pharma largely exited neuroscience, but there are nuances. GSK has left but has quietly revived some neurodegeneration research. Likewise, BMS exited but continues to support some CNS research via its subsidiary, Celgene. Pfizer has exited, other than for rare diseases and some venture funding. Astra Zeneca has left, other than for a few lightly funded research collaborations. It would be more true to say that many pharma companies have stopped working in Psychiatry (GSK, BMS, Eisai, Roche, Sanofi, Takeda, Lilly)—largely because the areas of depression and schizophrenia were so dominated by generic drugs in the US, but companies like Biogen and Novartis have increased their investment in Psychiatry.”

“To some degree the industry has de-emphasised in-house research, seeing it as too expensive, and outsourced discovery to small companies, preferring to partner promising programs. Thus in 2010, large and midsize pharma firms made $400 million in upfront payments for neuroscience partnerships. In 2020, the total was almost $4 billion, essentially ten times what it had been a decade earlier. Most of these partnerships have been for neurodegenerative programs, though in 2020, a considerable portion went to Psychiatry, largely because of a single hi-profile partnership between Biogen and Sage Therapeutics. Overall, I would say that there was a considerable withdrawal of big pharma focus from neuroscience during the period 2011-16, but there has been a revival of interest and investment in neuroscience from 2017 on,” he further added.

There are many reasons why pharma firms no longer focus heavily on CNS operations. This is one of the highly challenging therapeutic areas for drug development fraught with evolving science, complex diseases, limited understanding of underlying pathologies, difficulty identifying appropriate endpoints, high attrition rates and access hurdles, etc.

Developing drugs to treat CNS disorders on average required 20 per cent more time than other drugs that won marketing approval and took 38 per cent longer to win that approval, according to a completed analysis by the Tufts Center for the Study of Drug Development.

“Neurological disorders are notoriously complex and much of the biology underlying this wide range of diseases remain unknown, making it particularly challenging to research and develop medicines to treat them. For example, between 1998 and 2017, there were 146 failures and just 4 Food and Drug Administration (FDA) approvals of medicines to treat Alzheimer’s disease, a neurological condition with a particularly challenging record of setbacks. Though these setbacks are deeply disappointing, they provide important insights that inform future research,” said Powaleny.

This along with the fact that clinical trials in neurology are much more complex, time-consuming and expensive. In the last couple of years, the majority of big pharma firms such as Amgen and Pfizer had a major setback in the phase III trial for Alzheimer’s and Huntington’s disease drugs, due to which they terminated their CNS drug programs before leaving the field almost entirely.

“The brain is the system least accessible to the assessment of biological mechanisms and the measurement of disease states and therapeutic effects—and the most difficult to reach therapeutically, due to the blood-brain barrier. Whereas in oncology one has clear endpoints like survival and death, most measures in neuroscience have subjective ratings, making them imprecise and unreliable,” said Dr Tracy.

Tech to the rescue

As per a report by PhRMA, despite concerns about pharma’s shifting strategy in neuroscience, the field has come a long way in the past decades and the industry remains committed to bringing new treatment options to patients with neurological conditions with tremendous unmet need and have more than 500 medicines in development.

“Additionally, the pipeline for mental illness is robust with nearly 140 medicines in development. Now, more than ever, we understand that the appropriate treatment of mental health conditions, once they are first recognized, can change the trajectory of an individual’s life for the better,” said Powaleny.

The field is being revived, and technology such as Artificial Intelligence (AI), Imaging and Genotyping has played a big part in that.

The industry is making some returns to neuroscience as imaging technologies and biomarkers in the blood/ cerebrospinal fluid (CSF) give us more assurance that drugs are getting where they need to go, and having some effect on the underlying biology. This is truer in neurology/ neurodegeneration than in Psychiatry.

“Genotyping is a major contributor in establishing mechanistically distinct subgroups in disease states, moving towards a more personalised medicine approach. This is why so many companies are pursuing rare disorders, where patient populations are more homogenous and gene therapies may make a major difference, as they have in Spinal Muscular Atrophy. Imaging has played a big role in refining our efforts in addressing neurodegenerative disease, the growing area of digital measures is slowly making clinical trials more valid and less expensive,” said Dr Tracy.

AI is playing a role in discerning mechanistic patterns and patient population characteristics that might have eluded detection earlier.

“All in all, the pursuit of neuroscience is becoming less subjective, more precise and science-driven, improving the chances of success and reducing the costs of achieving it. But this is very much a work in progress, the next five to ten years are going to see substantial transformations in the neuroscience field,” said Dr Tracy.

There has been considerable milestones in understanding neurological diseases, but we still have a way to go when it comes to isolating cause, treatment and prevention.

Powaleny affirms that biopharmaceutical companies are working closely with patients, researchers and medical experts to advance these challenging fields of research and development and are committed to future innovative solutions.

At a time when large multinationals are quitting or downsizing neuroscience, few smaller firms are working on finding a miracle cure for the diseases.