Exploring the Possibilities of RNA Therapeutics

Fuelled by the successful utilisation of the mRNA COVID-19 vaccines, RNA therapeutics are expected to make larger strides in the near future. Let’s look at some of the drugs in late stage trials and the trends that will shape the RNA therapies landscape in 2022 and beyond 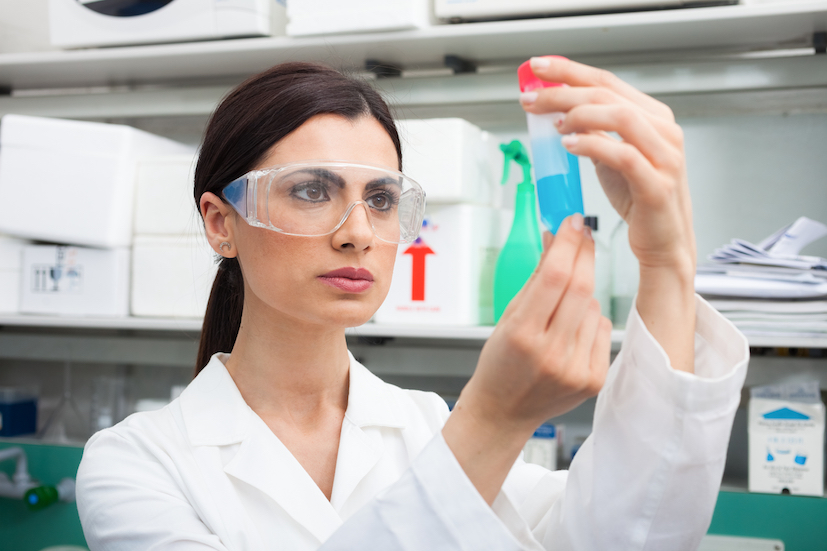 The success of the mRNA vaccine against COVID-19 has skyrocketed the development of RNA therapies. In 2021, more than 600 therapies were in development (from preclinical to pre-registration stage), with 73 per cent of therapies in preclinical development; 20 therapies were in Phase III clinical studies (including COVID-19 vaccine). Trials evaluating vaccines for COVID-19 infections predominated but there are also trials initiated for dyslipidemia and hepatitis B infection. The top therapeutic areas being targeted by RNA therapeutics are for rare diseases and oncology, according to a report from Informa Pharma Intelligence.

‘'The biotechnology industry is in agreement as to the power and benefit of RNA therapeutics. There has been a lot of work done in delivering RNA within various nanoparticles directly into the body. However there's an untapped, and potentially larger, opportunity in using the cell (instead of a nanoparticle) as the vehicle to deliver, and the factory to produce, a combination of RNA therapeutics right at the site of disease: that's the power of RNA cell therapy. In contrast to conventional nanoparticle-based RNA therapies, RNA cell therapy may have minimal immunogenicity with repeat dosing. It can also be easily engineered with tissue-specific homing proteins. Compared to conventional DNA-based cell therapies, RNA cell therapy has a predictable half-life and avoids the risk of genomic integration: two attributes that are expected to make it safer. RNA Cell Therapy is also less expensive and enables true combination therapy without vector cargo limits,’’ said Dr Murat Kalayoglu, President and CEO of Cartesian Therapeutics, USA.

Founded in 2016 and with three assets in clinical trials, Cartesian is the leader in RNA cell therapy. In January 2022, the firm started the Phase 1/2a trial of the first allogeneic RNA cell therapy for multiple myeloma.

There are only a handful of United States Food and Drug Administration (US FDA) approved RNA therapeutics, the bulk of which are antisense oligonucleotides (ASO) and small interfering RNA (siRNA) candidates for genetic disorders. There’s no other mRNA drug/vaccine approved apart from COVID-19 vaccine. Trials with more than two dozen novel RNA therapeutics or vaccines are expected to start in 2022, as per a GlobalData analysis.

Here we look at some of the drugs in late stage clinical trials that are expected to be approved by 2023 or sooner. Please note phase III trials of coronavirus vaccine have been excluded:

AKCEA-APO(a)-LRx is an antisense drug referred to by Novartis as TQJ230, was discovered by Ionis and co-developed by Akcea and Ionis. It is a drug to treat patients with elevated levels of lipoprotein(a), or Lp(a), and established cardiovascular disease. The firms began phase III trials in 2020.

Oncotelic's lead anti-brain tumor drug OT101, a first-in-class RNA therapeutic designed to abrogate the immunosuppressive actions of TGFB2. The firm began the phase III testing in 2019. Oncotelic Therapeutics is also investigating this for COVID-19 and has reported that its lead drug candidate, OT-101, met the safety and efficacy goals of phase II C001 clinical trial in individuals with severe COVID-19 who are admitted to the hospital.

ProQR Therapeutics’ Sepofarsen QR-110 is a first-in-class investigational RNA-based oligonucleotide designed to address the underlying cause of Leber's congenital amaurosis. It is intended to be administered through intravitreal injections in the eye and has been granted orphan drug designation in the United States and the European Union (EU) and received fast-track designation and rare paediatric disease designation from the FDA as well as access to the PRIME scheme by the EU. In February 2022, the firm announced that the study did not meet primary endpoint nor notable secondary endpoints – no benefit observed in either treatment arm versus sham. ProQR will conduct additional analyses.

Alnylam Pharmaceuticals’ Vutrisiran is an investigational RNAi therapeutic in development for the treatment of transthyretin-mediated (ATTR) amyloidosis. In January 2022 the firm announced positive results from all secondary endpoints measured at 18 months in patients. Vutrisiran is under review by the USFSA, the European Medicines Agency (EMA), the Brazilian Health Regulatory Agency (ANVISA) and the Japanese Pharmaceuticals and Medical Devices Agency (PMDA). The drug has been granted Orphan Drug Designation in the US and the European Union (EU) and Japan.

Quark Pharmaceuticals, QPI-1002 is the first systemic siRNA drug to enter human clinical trials, for the prevention of acute kidney injury (AKI). QPI-1002 has been granted Orphan Drug Designation in the USA and Europe for prophylaxis of delayed graft function following kidney transplantation. Phase III trial began in 2018. Under an August 2010 agreement, Novartis has an exclusive worldwide license option for the development and commercialisation of QPI-1002.

Sylentis’ Tivanisiran is a drug based on RNAi that is administered as preservative-free eye drops; it selectively inhibits production of the transient receptor potential cation channel (TRPV1). The firm announced positive results from phase III in 2019 and the study is still ongoing.

Alnylam Pharmaceutical’s Fitusiran is an investigational, subcutaneously administered small interference RNA therapeutic in development for the prophylactic treatment of people with hemophilia A or B, with or without inhibitors. In December 2021, the firm announced positive phase III data and the study is ongoing.

Biogen, licensed tofersen from Ionis in 2018. Tofersen is an antisense RNA medicine being evaluated for the potential treatment of SOD1-ALS. In October 2021, Biogen announced that the drug failed to meet the primary goal in the Phase III ALS trial. However, in light of the critical unmet need, the firm said it will expand eligibility for its ongoing early access program (EAP) to all people with SOD1-ALS, in countries where such programmes are permitted by local regulations and future access may be secured.

Tominersen (previously IONIS-HTTRx and RG6042), is a potential treatment for Huntington's disease that Roche is developing. The therapy, designed by Ionis Pharmaceuticals, was the first treatment in clinical development that sought to target the underlying cause of Huntington's disease. Roche stopped dosing in most clinical trials evaluating tominersen in May 2021, after interim data from the Phase 3 GENERATION HD1 clinical trial indicated the therapy was not benefiting participants. Roche has stated that it is continuing to collect and analyse data on tominersen to look for possible paths forward.

Let’s look at the key trends expected to influence RNA research in 2022 and the near future:

From rare to common disease: RNA therapeutics have demonstrated most success in the treatment of rare diseases. The focus of R&D will now be expanded from orphan drug to wider therapeutics area, like oncology and fibrosis therapeutics. A look at the planned studies in 2022, as per GlobalData, indicate a broader landscape of RNA-focused vaccines and therapeutics that look at oncology, ophthalmology, and infectious diseases.

Delivery tech: The main issues affecting the safety and efficacy of RNAi therapeutics are stability, cellular uptake, endosomal escape, and pharmacokinetics. ‘’In recent years, the technological advancements of nanotechnology-based siRNA delivery technologies, chemical modification,and others, have significantly increased the efficacy and reduced the off-target effect of RNAi therapeutics. In the coming years, we will see more innovative delivery technologies coming to the market,’’ Sirnaomics’s Asia representative.  Sirnaomics is a clinical-stage RNA therapeutics biopharmaceutical company with a strong presence in both China and the U.S.

SiRNA boom: Alnylam achieved the first siRNA drug approval by US FDA for Patisiran for the treatment of ATTR in 2018, and this subcategory of RNA therapies is expected to make bigger strides in the future as well. “As of the end of December 2021, there are over 50 on-going clinical trials of siRNA therapeutics in the US, and six trials in China. We believe there will be more new drugs coming to the market,” said Sirnaomics’s Asia representative.

“Targeted delivery of RNA therapeutics is an active area of research. So is delivering combinations of RNA therapeutics. There's also renewed interest in increasing the length of RNA expression through various strategies. I anticipate these trends will continue in the coming years,” said Dr Kalayoglu.

RNA Based Therapeutics Market to reach $25.12 billion, globally, by 2030 at 17.6 per cent CAGR, says Allied Market Research. No wonder, pharma and biotech firms are scrambling to get the bigger piece of the pie.