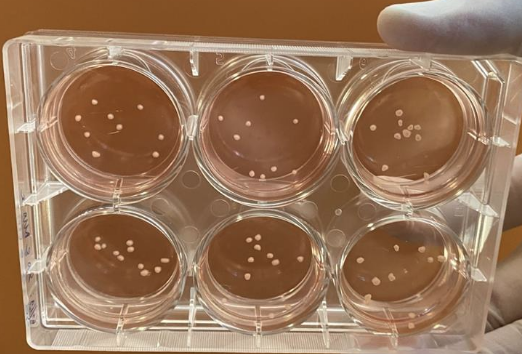 Tiny brains-in-a-dish that mimic the major pathological features of Parkinson’s disease have been made for the first time. The research, led by scientists from the Agency for Science, Technology and Research (A*STAR)’s Genome Institute of Singapore (GIS), the National Neuroscience Institute (NNI) and Duke-NUS Medical School, published in the Annals of Neurology, offers a new way to study how the degenerative brain disease progresses and explore possible new treatments.

“These experiments are the first to recreate the distinctive features of Parkinson’s disease that we see only in human patients,” said Associate Professor Hyunsoo Shawn Je, a senior co-author from the Neuroscience and Behavioural Disorders Programme at Duke-NUS. “We have created a new model of the pathology involved, which will allow us to track how the disease develops and how it might be slowed down or stopped.”

By manipulating the DNA of the starting stem cells to match genetic risk factors found in patients with Parkinson’s disease, the study scientists were able to grow organoids with neurons that showed both Lewy bodies (clumps of protein that can form in the brain) and the progressive loss of dopamine-producing neurons.

The organoid system will enable research into Parkinson’s disease and other conditions not possible with current animal models. The team is already using organoids to investigate why and how Lewy bodies form in human brain cells, and screen drugs that can potentially stop disease progression.