This should allow scientists to rapidly generate virus variants 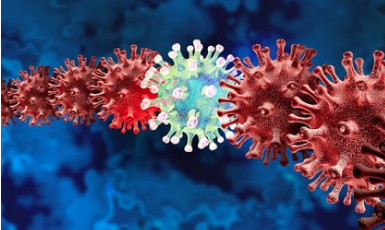 UQ’s lead researcher Professor Alexander Khromykh said the technology was ideal for use during a global pandemic such as COVID-19.

“This technique should give us the ability to answer questions about whether potential virus variants are susceptible to a particular drug or vaccine, even before they emerge in nature,” Professor Khromykh said.

“Up until now, we’ve mostly just waited and reacted to viral variants as they emerge, and in the case of SARS-CoV-2 the world has been hit by Indian, UK and South African variants*, just to name a few.

“Now we can mimic the massive ‘experiment’ going on in nature – where these mutations pop up due to natural selection – but we can do it safely in a strictly controlled and highly regulated biosecurity laboratory environment.”

The UQ-developed process uses copies of fragments from the viral genetic material to assemble the functional viral genome in a test tube.

The team hopes that this should allow scientists to rapidly generate virus variants and assess their potential to evade antiviral treatments and vaccine-induced immunity.