Scientists explore use of violet light to stop myopia progression 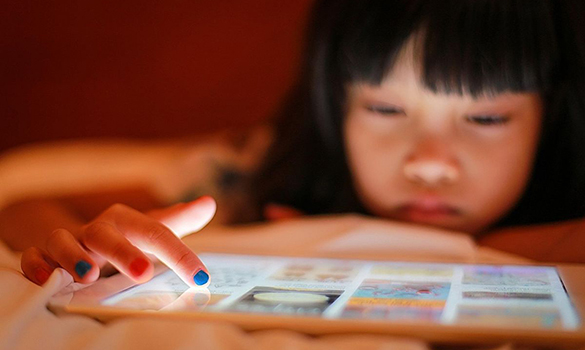 An international team of researchers has taken an important step toward understanding a powerful potential treatment for myopia, which is fast becoming a public health crisis in Asia.

Previous work found that violet light can stop the progression of myopia, an elongation of the eye between the cornea and the retina that results in nearsightedness where far-away objects appear blurry.

Now researchers at Keio University in Japan, Cincinnati Children's Hospital Medical Center, the Georgia Institute of Technology, and Emory University have discovered that the protective effects of violet light depend on a newly discovered photoreceptor protein in the eye called OPN5, or neuropsin which was known to be sensitive to violet light.

Says Toshihide Kurihara, M.D., Ph.D., assistant professor at Keio University in Japan, "Among all the light reaches our eyes, we have known for sure that violet light is special. The human eye seems to use it as a clue to control its size, whereas we knew neither the mechanism nor the necessity behind this phenomenon. We believe to elucidate this mystery might be the key to stop myopia pandemic and worked on it for years."

The research team is working on the molecular mechanism behind this violet light effect on myopia progression and presented a new function of the OPN5 protein. OPN5 is part of a group of photoreceptor proteins called opsins found in the membranes of cells that are not involved in forming visual images but that play other important roles in the eye.