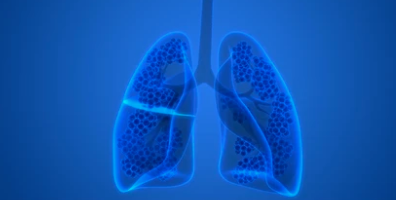 Scientists at the Pohang University of Science and Technology (POSTECH) in South Korea have succeeded in producing an artificial lung model using 3D printing.

Inkjet bioprinting is attracting attention for enabling the production of standardized and patient-customized tissues, and is anticipated to replace conventional test models as it can be mass-produced. The findings of this study were recently published in Advanced Science.

The research team also confirmed that the newly developed alveolar barrier model similarly reproduced the physiological response at the actual tissue level in regards to viral infectivity and antiviral response. When this model was used as an influenza virus infection model, the researchers were able to observe the self-proliferation and antiviral response of the virus.

“We have been printing cells and fabricating tissues using the bioprinting method, but this is the first time in the world to simulate an alveolar barrier with a three-layer structure of about 10 μm thickness,” explained Professor Sungjune Jung of POSTECH. “It is also the first time an artificial alveolar barrier was infected with a virus and a physiological antiviral response was observed.”

Professor Jung added, “The artificial tissue produced this time can be used as an early platform for evaluating efficacy of therapeutic drugs and vaccines countering infectious respiratory viruses – including the COVID-19 virus – as it enables mass production and quality control as well as fabrication of patient-customized disease models.”