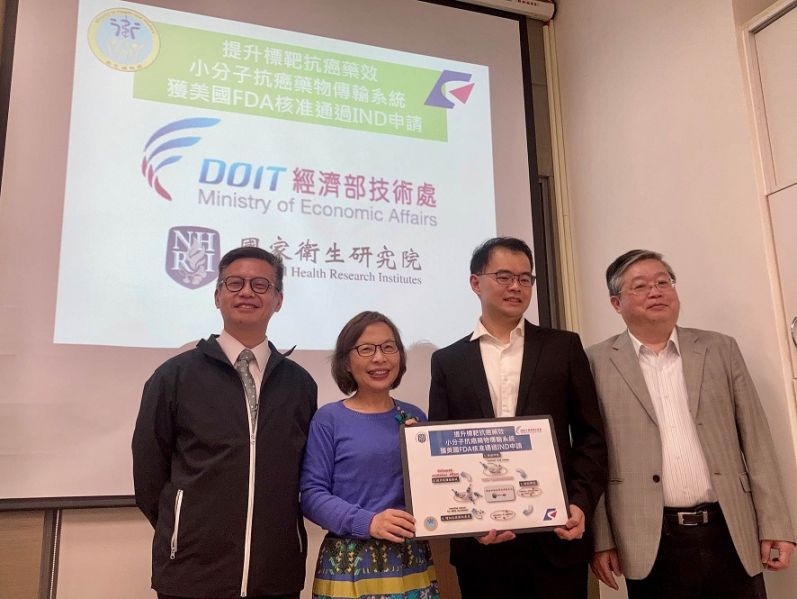 A first-in-class cancer drug delivery system developed by Taiwan's National Health Research Institutes (NHRI) has received approval from the U.S. Food and Drug Administration to begin phase one clinical trials, according to the Ministry of Economic Affairs.

The NHRI said DBPR115 is the first homegrown small molecule drug delivery system, adding that it allows for more accurate delivery of therapies to tumor cells and can effectively inhibit growth of colon, rectal and pancreatic cancers with only 20 percent of the dosage of traditional cancer drugs.

Compared with macromolecule counterparts, small molecule compounds have lower production costs and are less likely to cause immune reactions, the MOEA said. As drug delivery systems play a critical role in the development of new treatments, DBPR115 is set to boost global efforts in combating cancer, the ministry added.

Statistics from the Ministry of Health and Welfare reveal that cancer has been the leading cause of death in Taiwan since 1982, while the World Health Organization estimates new cases will increase to 30 million globally by 2040. (DL-E)