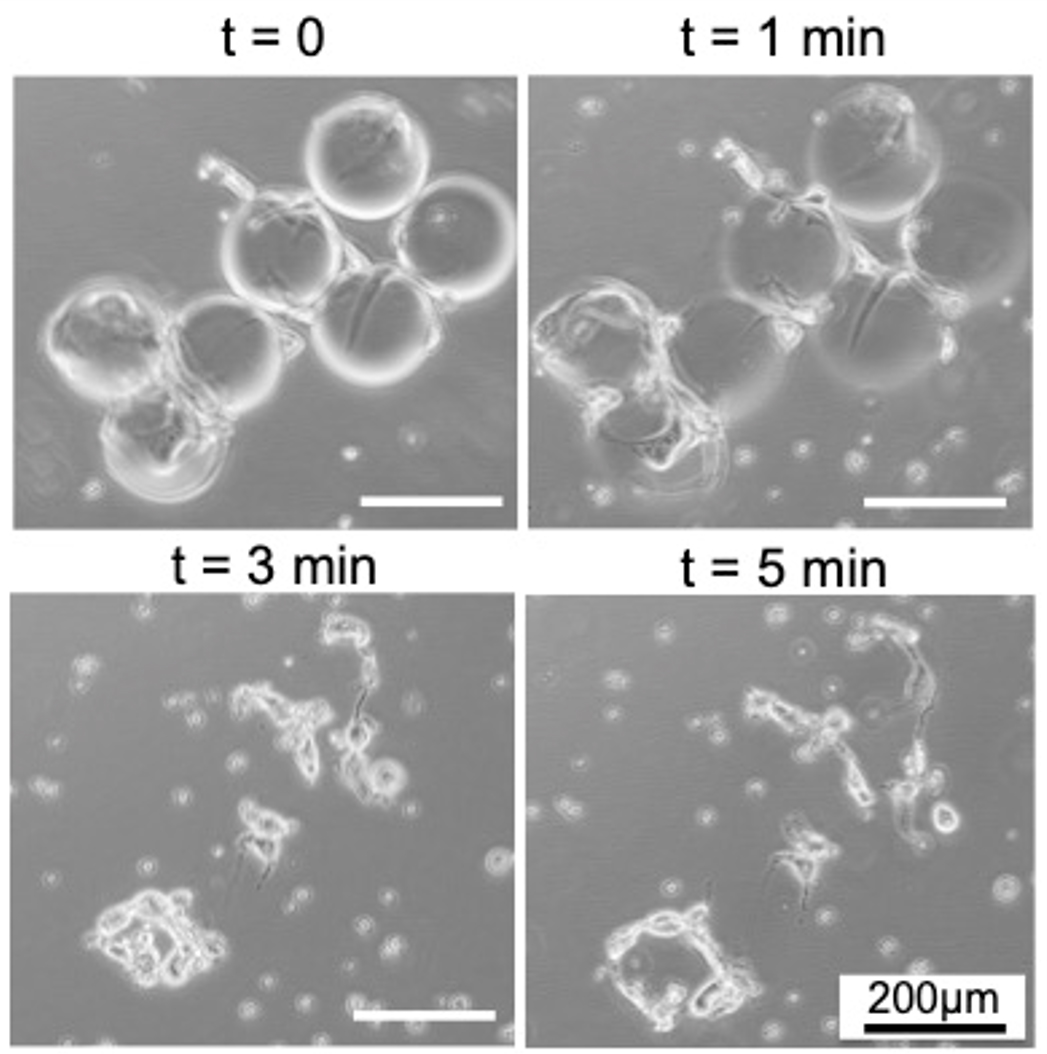 Researchers from Singapore-MIT Alliance for Research and Technology (SMART), MIT’s research enterprise in Singapore, have developed a novel microcarrier for large-scale cell production and expansion that offers higher yield and cost-effectiveness compared to traditional methods, and reduces steps required in the cell retrieval process. Microcarriers are particles used in bioreactor-based cell manufacturing of anchorage-dependent cells.

SMART’s newly developed dissolvable gelatin-based microcarrier has proven useful for expansion of mesenchymal stromal cells (MSCs), a cell type of great current interest as they can be isolated from adult tissues and further expanded to treat various ailments such as bone and cartilage defects and the body’s rejection of foreign bone-marrow and cells (called graft vs. host disease). This dissolvability of the microcarriers also eliminates an additional separation step to retrieve the cells from the microcarriers. This reduces the complexity of cell manufacturing and increasing the ease with which the therapeutic cells can be harvested to make the product for patients.

Their discovery is explained in a paper titled “Dissolvable gelatin-based microcarriers generated through droplet microfluidics for expansion and culture of mesenchymal stromal cells” published in Biotechnology Journal and co-authored by researchers from SMART CAMP, Massachusetts Institute of Technology (MIT), National University of Singapore (NUS) and City University of Hong Kong (CityU).

“Innovations in microcarriers will aid in the scalability of certain cell types such as mesenchymal stromal cells for cell-based therapy, including for regenerative medicine applications,” says Professor Krystyn J. Van Vliet, co-author of the paper as well as Lead Principal Investigator at CAMP and Professor of Materials Science and Engineering and Biological Engineering at MIT. “Developing a microcarrier platform for MSC culture has been a key part for SMART CAMP’s understanding and managing the critical quality attributes of these cell therapy products. We hope our findings help bring about better, more efficient and scalable cell therapies with predictable therapeutic outcomes for multiple patient needs, and high harvesting efficiency of those potent cells.”

The research is carried out by SMART and supported by the National Research Foundation (NRF) Singapore under its Campus for Research Excellence And Technological Enterprise (CREATE) programme.