Over the last week in England, hospital admissions for COVID-19 jumped over 48 percent. According to experts, 2022’s winter wave of the novel coronavirus is at hand and a perfect storm of conditions can give rise to a very strong surge in the coming months. The spike in the cases might bring about the sixth wave. 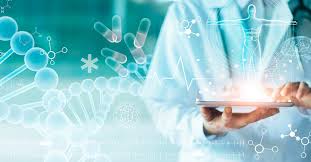 Why the Sixth Wave - A Virologist View?

Experts have warned that the UK is under significant pressure and the sixth wave is “a very heavy straw in the camel’s back” which might break at any time.

Professor LawrenceYoung, a virologist, claims that some sub-variants of omicron variant are escaping the immune system causing a rise in cases.

Professor Young claims that the virus is evolving around the immunity developed from previous infections and vaccines in the people. A rise in the overall infection rate caused by variants is a stark sign that we have not yet bounced back from the virus completely.

One of the major concerns with the sixth wave is laboratory insufficiency. According to government policy, the major NHS labs IN THE UK were closed this year. The policy dictates that the UK is turning a blind eye to potential new variants.

The only way new variants can be discovered on time is through vigorous PCR testing which is not near the extent it was in 2021.

Another concern is the lack of free tests and economic pressures. The free laboratory tests are as good as finished. It is highly possible that in the sixth wave, people will deal with the symptoms like that of cold, not paying much attention to it since people have also turned a blind eye to the dangers that COVID poses.

Current Condition of the UK:

The first signs of increasing COVID infection were seen in Southwest England where the waiting time outside the emergency department increased significantly.

Royal Liverpool Hospital claims that there is very limited space available in the hospital emergency department.

According to research by Nuffield Trust, nurses are quitting the NHS in a large number. The highest quality PPE needs to be allotted to nurses so that their duties can be performed with the least risk.

The leaders of the UK health field are urging the government to take rapid action. Vaccination research and rate should be increased and restrictions and social distancing should be started as soon as possible. The SOPs need to be in place according to the doctors and medical staff. Hospitals need to buy medical oxygen sensors to monitor the oxygen levels of patients.

The condition is becoming worrisome fast.

There is no doubt that the amount of beds and availability of space in hospitals has reduced due to increased cases. The best possible step is to use the available beds efficiently. We saw what happened the last two winters, the infections, the upheaval, and the deaths. If the government does not want to take a backward route, now is the time to act. People at higher risk of covid should get vaccinated as soon as possible.

The UK is not the only place at risk. If the infection can spread again in the UK; it can spread again anywhere. So, the coronavirus restrictions, SOPs, and vaccination should be implemented with full force all over the world.