The method which can trace genetic differences in individual cells could become a new standard in single-cell research, especially for clinical diagnosis in disease genetics, including cancer 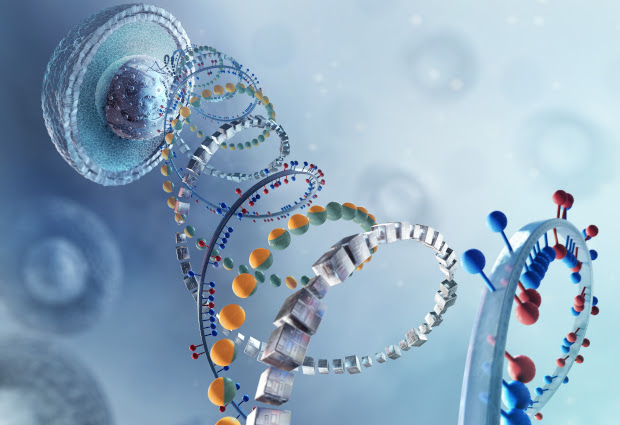 Researchers led by the European Molecular Biology Laboratory (EMBL) in Heidelberg and the Center for Bioinformatics at Saarland University in Saarbrücken, Germany, have developed a cheaper and faster method to check for genetic differences in individual cells, which outperforms existing techniques with respect to the information received. This new method could become a new standard in single-cell research, and potential for clinical diagnosis in disease genetics, including cancer. The results have been published in Nature Biotechnology.

The researchers tested their method in studying patient-derived leukaemia cells. In their sample, the team found four times more variants in the patient than were detected by standard clinical diagnostics. These included a missed clinically relevant translocation that drove the overexpression of a cancer-causing gene. They also observed a catastrophic chromosome rearrangement that was missed in the initial leukaemia diagnosis. It probably occurred when a single chromosome shattered and was then glued back together in a rearranged order.

“These first results show that our method is outperforming existing ones significantly. Our method is much faster and cheaper than methods currently in use to uncover genetic variants in single cells. This might be very useful for clinical applications,” summarises Tobias Marschall, from the Center for Bioinformatics at Saarland University and the Max Planck Institute for Informatics. The team has begun to expand its use of the method to analyse different forms of leukaemia and evaluate its potential clinical utility.

As the heterogeneity of a sample can best be studied at a single-cell level, researchers all over the world – including several groups at EMBL – are working on the development of technologies to improve the information received. “While existing techniques show how different cells can behave or respond to manipulation or treatment, research and application have so far centred on measuring the RNA within a cell. However, measuring the DNA in a single cell has so far received much less attention,” explains Tobias Marschall. As it is expected that looking at the DNA will provide a new level of understanding of how these genetic changes drive different cell behaviours, the new method addresses the needs of both researchers and medical doctors.

scTRIP is based on a technology Ashley Sanders co-developed during her PhD in Vancouver. “scTRIP combines signals from three distinct channels of information from within the genomic code of the individual cell,” explains Jan Korbel, group leader at EMBL Heidelberg. “Doing so, our method allows us to uncover the full spectrum of DNA rearrangements in individual cells.”

Now, using scTRIP, the researchers are continuing their research on a very basic question: How much does one cell in the body differ from any other cell, in the context of cancer as well as in normal cells? Until now, they were unable to address this question because they lacked the technology to do so. “Using scTRIP we can now directly measure the mutational processes that act in cells to generate new genetically distinct populations,” says Ashley Sanders. For the next steps in their research, the team plans to study mutational processes in different human cell types and to assess the consequences these differences have in terms of human diseases.