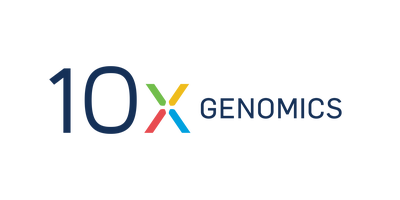 10x Genomics (Nasdaq: TXG) today announced it has begun shipping its Chromium Single Cell Multiome ATAC + Gene Expression solution to customers, marking the first commercial release of a product capable of simultaneously profiling the epigenome and transcriptome from the same single cell. This multi-omic approach provides customers with the ability to link a cell’s epigenetic program to its transcriptional output, enabling a better understanding of cell functionality and bypassing the need to infer relationships through computer simulations.

“This is one of our most ambitious undertakings at the company,” said Ben Hindson, co-founder and Chief Scientific Officer of 10x Genomics. “By introducing the first solution that captures ATAC and gene expression simultaneously, researchers can gain even more clarity by combining two already powerful methods to profile biological systems at single cell resolution simultaneously for the first time.”

The new solution builds on an array of new products launched by the company this year for both its Chromium platform for single cell analysis as well as its Visium platform for spatial genomics.  Early customers already working with Chromium Single Cell Multiome ATAC + Gene Expression include Stanford University School of Medicine, Icahn School of Medicine at Mt. Sinai and Spain’s Centro Nacional de Análisis Genómico.

“My lab is interested in understanding why some immune cell types fail to fight the cancer,” said Dr. Ansuman Satpathy, Assistant Professor of Pathology, Stanford University School of Medicine. “We plan to use 10x Genomics' new assay to understand the epigenetic and transcriptional regulation of immune cell dysfunction directly in patient samples, and to use this information to precisely engineer more effective immunotherapies in the future.”

“Until now, we have relied on computational prediction to match a cell's epigenome to a single-cell gene expression profile,” said Dr. Holger Heyn, leader of the single cell genomics team at Spain’s Centro Nacional de Análisis Genómico that is working on delineating the dynamics underlying B-cell differentiation and activation. “10x Genomics new multiome assay will allow us to directly measure what before could only be predicted, and offers a new gold standard that will confirm how accurate these predictions had been.”

"With this new technology, we can better understand the mechanisms affected by the non-coding risk genetic variation across a wide range of neuropsychiatric diseases, including Alzheimer’s, Parkinson’s, Schizophrenia, bipolar disorder and major depression, along with different severity of neuropathology and clinical symptomatology," added Dr. Panagiotis Roussos, Associate Professor of Genetics and Genomics Sciences, Icahn School of Medicine at Mount Sinai.