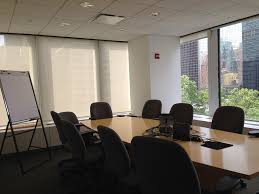 Roche Chairman Christoph Franz: "Peter Voser has made important contributions to Roche's success as a member of the Board and the Compensation Committee. On behalf of the Board of Directors of Roche, I would like to thank him most sincerely for his contribution.”

At the same time, Roche announced the following changes to the Corporate Executive Committee:

Michael Heuer (65), CEO Roche Diagnostics and member of the Corporate Executive Committee, will retire as planned at the end of July. The Board of Directors has appointed Thomas Schinecker (44), currently Head of Centralised and Point of Care Solutions, as CEO Roche Diagnostics and a member of the Corporate Executive Committee with effect from 1 August 2019.

Stephan Feldhaus (57), Head of Group Communications and member of Roche’s enlarged Corporate Executive Committee, has decided to continue his career outside the company as of the end of September 2019. He will be succeeded on 1 October 2019 by Barbara Schädler (57), currently Head of Communications and Public Affairs at E.ON SE. Barbara Schädler will report to CEO Severin Schwan as a member of the enlarged Corporate Executive Committee.

Severin Schwan: "Michael Heuer joined Roche following the acquisition of Boehringer Mannheim in 1998 and, after a long and distinguished career, has played a key role in making our company the world's leading provider of diagnostic solutions. We are extremely grateful to him for his personal contribution". Schwan added: "I am delighted that we have been able to appoint Thomas Schinecker, an internal successor with a strong track record, as the new CEO for our Diagnostics Division. Thomas Schinecker has broad and international experience in our business".

Severin Schwan continued: "Stephan Feldhaus has shaped our communications over the past ten years and made a significant contribution to the positive reputation of our company. I thank him very much for his valuable contribution and wish him all the best. I am pleased that we have Barbara Schädler joining Roche as his successor. She has worked successfully for many years as a communications executive in global private companies and in the public sector".

Michael Heuer joined Boehringer Mannheim in 1983 and was appointed to his current position in 2018. Following the acquisition of Boehringer Mannheim by Roche in 1998, he held various management positions in sales, marketing and product development in Germany, Austria and the United States before being appointed Head of Roche's Near Patient Testing business unit. Prior to his current role, he was Head of Diagnostics Europe, Middle East, Africa and Latin America region. Michael Heuer holds a PhD in Chemistry from the University of Kiel.

Thomas Schinecker began his career in 2003 as a trainee for Roche Diagnostics under the Roche Perspectives programme. He has held various management positions in marketing & sales and product development in Singapore, Austria, Sweden and the United States. Before assuming his current position as Head of the Global Business Area Centralised and Point of Care Solutions based in Rotkreuz, Switzerland, he was General Manager for Roche Diagnostics Germany. Thomas Schinecker holds a PhD in Molecular Biology from New York University, USA.

Stephan Feldhaus joined Roche in 2010 as Head of Group Communications and is a member of the enlarged Corporate Executive Committee, where he has since been responsible for the Group's internal and external communications. He previously held various management positions in communications at Siemens and worked as a social ethicist and theologian. He received his doctorate in theology from the University of Munich.

Barbara Schädler's previous career as communications manager included positions at E.ON SE, Lufthansa, SAP and the German Federal Ministry of Finance. She holds a Master's degree in Economics from the Johannes Gutenberg University of Mainz.