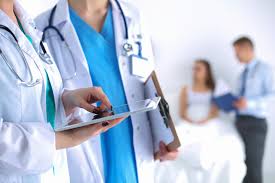 binx health™, the pioneer in anywhere care has announced that its proprietary Chlamydia and Gonorrhea (CT/NG) test has received European CE Mark approval. The new multiplex test works with the binx io platform, delivering a laboratory-quality result in about 30 minutes, creating a new model for "test-and-treat" care for two of the most prevalent Sexually Transmitted Infections (STIs) globally.

More than one million STIs are acquired worldwide every day with chlamydia and gonorrhea representing two of the most prevalent.  Recent data released by the European Centre for Disease Prevention and Control (ECDC) notes a striking rise in the cases of gonorrhea – up 17% between 2016 and 2017 across the reporting EU/EEA countries, with some countries noting year-over-year spikes of more than 40%.  Similarly, in the United States, infection rates have risen an astonishing 67% since 2013, with rates continuing to be highest in the 20-24 year-old age group.

Today, the majority of CT/NG tests are sent to central laboratories, meaning there can be up to a seven day waiting period from first visit to treatment, during which time patients may continue to spread infection, with up to 40% of positive patients never returning for treatment.

binx is positioned to radically change this paradigm, enabling patients and consumers to leave a retail pharmacy, primary care office, clinic, urgent care facility and any other brick-and-mortar location, with treatment in hand in a single visit (while the binx point-of-care platform is not yet available in the United States, the company recently completed its multi-center clinical study for submission to FDA for 510(k) clearance).

The binx io platform is designed for ease-of-use, enabling non-laboratory-trained users to run a test with the same accuracy as a central lab test, making it ideal for use in a variety of approved medical and consumer settings.