BIOC51 Antimicrobial Activity against Bacillus anthracis (Anthrax), Adding to the List of Bacteria Susceptible to the Company's Drug Candidate 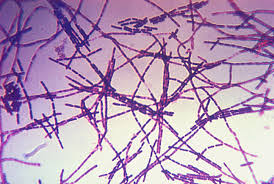 Vast Therapeutics, a preclinical stage pharmaceutical company delivering nitric oxide in a powder-based form has announced that the Company's drug candidate, BIOC51, is active against Bacillus anthracis, commonly known as anthrax, in an in vitro study carried out at Lovelace Biomedical.

Dr. Mark Schoenfisch, President and CSO of Vast Therapeutics stated, "We believed our technology would be effective against anthrax as we had already demonstrated BIOC51's ability to eradicate fast and slow growing bacteria, including 35 antibiotic-resistant strains deemed superbugs by the Center of Disease Control and World Health Organization.  Our formulations are designed to be inhaled into the lungs and not require bacterial metabolism for action. Instead, our drug candidates mimic the body's immune response by delivering large but safe concentrations of nitric oxide via a controlled delivery mechanism, in a water-soluble form."

Dr. Rebecca McDonald, Lead Microbiologist at Vast Therapeutics, stated, "These experiments proved BIOC51 is effective against anthrax in its active (or vegetative) state.  The primary characteristic that makes anthrax so dangerous is its ability to shift from vegetative cells to dormant spores.  These spores are robust and can persist in a metabolically inactive state for extended periods.  While anthrax spores are typically impervious to treatment with traditional antibiotics, literature has shown that our body's initial immune response is able to kill spores via nitric oxide released from macrophages.  As our mechanism of action mirrors this nitric oxide release by macrophages, we hypothesize that we will be able to similarly affect these spores.  We are now pursuing partnerships that allow us to test the activity of our drugs against anthrax spores."

"Demonstrating effectiveness against anthrax is another key achievement for Vast and KNOW Bio that addresses a significant threat." said Neal Hunter, CEO and Chairman of Vast Therapeutics.  "Adding this pathogen to our growing list of susceptible Gram-positive and Gram-negative bacteria continues to lay the ground-work for developing an entirely new drug class that mimics human physiology and will revolutionize the standard of care for treating infections."

Dr. Schoenfisch also noted, "Our focus is on developing antimicrobial therapeutics for respiratory infections.  A significant challenge in treating pulmonary infections is that common antibiotics delivered by IV or mouth often fail to eradicate infections in the lung, likely due to low concentrations reaching the site of infection.  Therefore, lung infections can be very difficult to clear and latent infections can remain even when the patient is asymptomatic.  Because of this, the standard of care for lung infections can include months or even years of antibiotic use.  As an example, the standard regimen for mycobacterium avium complex (MAC, a form of non-tuberculous mycobacterium or NTM) includes a cocktail of drugs administered for 18 to 24 months. Our goal is to eradicate pulmonary infections with much shorter treatments without harming the microbiome within the rest of the body.  Infections with bacteria that are slow growing, like non-tuberculous mycobacterium, can be particularly difficult for traditional antibiotics as they rely on the bacteria's metabolism to work."

Vast Therapeutics is based in the Research Triangle Park area of North Carolina and runs a leveraged drug development model using a small team with high quality service contractors and suppliers.