“Through a series of deliberate and strategic partnerships, investments and appointments over the past 18 months, Aphria is a front runner in the German medical cannabis market” 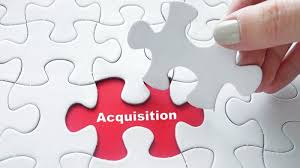 Aphria Inc. announced that it had completed its previously announced acquisition of CC Pharma GmbH ("CC Pharma"), a leading distributor of pharmaceutical products, including medical cannabis, to more than 13,000 pharmacies in Germany, as well as throughout Europe.  The Company continues to strengthen its end-to-end cannabis operations and infrastructure in Germany.

"As one of the most promising medical cannabis markets in the world, Germany is a top strategic priority for Aphria.  With today's acquisition of CC Pharma, Aphria is creating a German and ultimately pan-European platform that brings together demand, supply and distribution." said Vic Neufeld, CEO of Aphria. "We're excited to welcome the CC Pharma team and the pharmacists they serve to the Aphria family."

CC Pharma is a leading importer and distributor of EU-pharmaceuticals for the German market.  Founded in 1999, today it has over 230 employees and offices in Germany, Denmark, Poland and the Czech Republic.  CC Pharma holds 318 active German national pharmaceutical licenses and 692 active EU pharmaceutical licenses, and also operates a production, repackaging and labeling facility at its headquarters in Densborn, Germany. During 2018, CC Pharma generated revenue of approximately €262 million, with EBITDA of approximately €10.5 million.

"Through a series of deliberate and strategic partnerships, investments and appointments over the past 18 months, Aphria is a front runner in the German medical cannabis market," said Hendrik Knopp, Managing Director of Aphria Germany. "CC Pharma's shared values, deep relationships and local regulatory and logistical experience are a perfect complement to Aphria's expertise.  One of our first steps will be to create a new division of CC Pharma dedicated to medical cannabis."

Aphria paid €18.92 million in cash to the former shareholders of CC Pharma with an earn-out multiple on future EBITDA of up to another €23.5 million, if certain performance milestones are met.