Mark H.N. Corrigan, MD to Succeed William Hunter, MD as Chief Executive Officer by the End of the First Quarter 2019 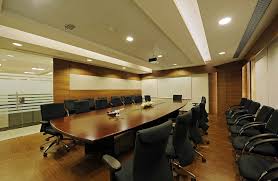 Correvio Pharma Corp, a revenue-generating, specialty pharmaceutical company focused on commercializing hospital drugs has announced that Mark H.N. Corrigan, MD, a current member of the Company's Board of Directors, has been named Correvio's next Chief Executive Officer. William Hunter, MD, after a successful 6-year tenure as President and Chief Executive Officer, will transition out of his current role by the end of the first quarter of 2019. Dr. Hunter will remain a member of the Company's Board of Directors.

Dr. Corrigan is a seasoned life sciences executive who brings to Correvio nearly 30 years of pharmaceutical research, development and regulatory experience in both the U.S. and international markets. He has been involved in the successful development and approval of numerous branded drugs during his career, including Zyvox®, Rescriptor®, Corvert®, Mirapex®, Lunesta®, Camptosar®, Xalatan® and Xopenex®, among others. Prior to joining Correvio's Board in 2015, Dr. Corrigan served as President and Chief Executive Officer of Zalicus Inc. Prior to that, he served as Executive Vice President, Research and Development at Sepracor Inc. (now Sunovion Pharmaceuticals). Prior to joining Sepracor, Dr. Corrigan spent 10 years with Pharmacia & Upjohn, Inc., culminating as Group Vice President of Global Clinical Research and Experimental Medicine. He currently serves on the Boards of multiple life science companies, including Novelion Therapeutics, Nabriva Therapeutics AG, and Tremeau Pharmaceuticals. Dr. Corrigan previously served on the Board of Cubist Pharmaceuticals prior to their acquisition by Merck. He holds a B.A. and an M.D. from the University of Virginia and received specialty training in psychiatry at Maine Medical Center and Cornell University.

Dr. Hunter has served Correvio as Chief Executive Officer since 2012 and as a member of the Board of Directors since 2007. During this tenure, he has overseen the evolution of Correvio from a research and development organization to a fully integrated, ex-U.S. commercial specialty pharmaceutical company with a product portfolio of five marketed products and a rapidly growing anti-infective franchise that is currently on track to generate at least $28 million (USD) in revenues in 2018. Correvio also has two products advancing toward regulatory approval, Brinavess® in the U.S. and Trevyent® in Europe. Other key highlights from 2018 include the successful completion of SPECTRUM, a 1,778 patient post-authorization safety study conducted in the EU evaluating Brinavess® in adult patients with recent onset atrial fibrillation, and the acquisition of Correvio's partner SteadyMed by United Therapeutics, allowing the Company to collaborate in the European and the Middle Eastern markets with the world leader in the treatment of pulmonary arterial hypertension.

"When I accepted the role of CEO in 2012, my top priorities were to build a commercial team to launch Brinavess® in Europe and complete SPECTRUM, a very successful study that has now helped us move forward with the U.S. FDA," said Dr. Hunter. "Now that those objectives have been achieved, I am handing operations over to the person most qualified to take the important next steps of getting Brinavess approved and launched in the U.S. Having worked closely with Mark for several years as a member of our Board, I am confident that he is the right person to continue the strong momentum we have created. It has been a privilege to lead Correvio these past years and I look forward to continuing my engagement with the Company as a member of the Board and working with Mark and the entire leadership team over the next few months to ensure a smooth transition."

W. James O'Shea, Chairman of the Correvio Board of Directors, said, "Mark's appointment as CEO is the result of a thoughtful succession planning process jointly undertaken by Bill and the Board. Mark brings extensive experience with regulatory filings in both the US and Europe and deep knowledge of the infectious disease space through his time spent at Cubist and Nabriva. Vanda also brings a wide breadth of commercial infectious disease experience in Europe. Looking ahead to 2019, Correvio's top objectives will be comprised of getting Brinavess approved in the U.S. and continuing to grow our anti-infective franchise in Europe, both though increased sales and through potential in-licensing opportunities. I can think of no better candidates than Mark and Vanda to help achieve these goals. On behalf of the entire Board of Directors, I want to thank Bill for his leadership and his steadfast commitment to patients and to all of our stakeholders. The Company will continue to benefit from Bill's expertise and entrepreneurial spirit during his continuing role as a Director."

"Correvio is well positioned to become one of the next great hospital-focused specialty pharmaceutical companies in our industry, and I am honored to succeed Bill as the company's next CEO," said Dr. Corrigan. "Bill has built a strong management team and I look forward to working with these talented professionals as we work toward our mission of bringing new medicines to the physicians and patients who need them."

In addition to the CEO succession plan, Correvio announced that Justin Renz, Chief Financial Officer of Correvio, will also assume the responsibilities of President and Vanda De Cian, MD, will join the Board of Directors, effective immediately. Dr. De Cian will serve as a member of the Nominating, Governance and Compensation Committees.

Dr. De Cian brings to Correvio 30 years of experience in the pharmaceutical industry where she has held leadership roles at several European and multinational pharmaceutical and biotechnology companies. Dr. De Cian has participated in the development and successful launch and commercialization of several branded drugs, including Mycobutin®, Foscarnet®, Vistide®, Zyvox® and Rescriptor®. In addition to her medical and technical qualifications, Dr. De Cian brings an extensive knowledge of the drug development process, combined with a deep understanding of effective project management and the commercialization process. Most recently, she has provided commercial and strategic consultancy services to a variety of life science companies through Helios DCV, a consultancy firm she founded in 2012. Prior to Helios, Dr. De Cian served as Vice President, Corporate Drug Development at Chiesi, a multinational pharmaceutical company headquartered in Parma, Italy. Before joining Chiesi, she provided consultancy services for research and development process improvement for UCB and Schering Plough Corp. From 2001 to 2004, Dr. De Cian served as Executive Director for Pharmacia/Pfizer. Following the acquisition of Pharmacia by Pfizer Inc, she became a member of the Transition Management Leadership Team which was tasked with designing key global processes for the new Pfizer Worldwide Development. From 1987 to 2002, she served in various advising roles for several international pharmaceutical companies, including Pharmacia, Centocor (Eli Lilly), AstraZeneca and Farmitalia Carlo Erba SpA. Dr. De Cian began her career as a laboratory technician for several private and public hospital laboratories in Europe.