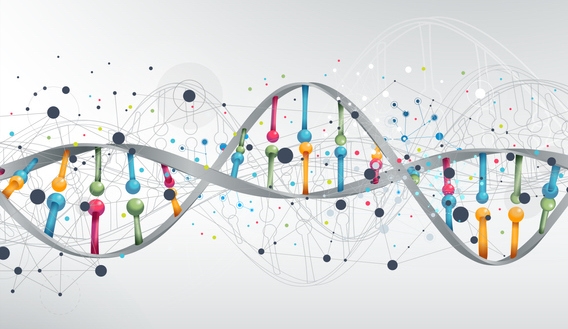 According to a study funded by the National Institute on Aging (NIA), part of the National Institutes of Health, incorporating genetic diversity into a mouse model of Alzheimer’s disease resulted in greater overlap with the genetic, molecular and clinical features of this pervasive human disease.

The study also suggests that adding genetic diversity may be key to improving the predictive power of studies using mouse models and increasing their usability for precision medicine research for Alzheimer’s. This research comes out of the newly established Resilience-Alzheimer’s Disease Consortium (Resilience-AD) and was published in the journal Neuron.

Richard J. Hodes, Director, NIH said, “This is the first study to show that you can replicate many of the molecular features of Alzheimer’s disease in a genetically diverse mouse model. It points to a strategy for better use of mouse models for precision medicine research both basic and translational for Alzheimer’s disease.”

Alzheimer's disease is an irreversible, progressive brain disorder that slowly destroys memory and thinking skills and, eventually, the ability to carry out simple tasks. As many as 5.5 million Americans age 65 and older are estimated to be living with Alzheimer’s disease, the most common form of dementia.

A key tool among the multiple efforts to find a treatment or cure for Alzheimer’s, mouse models allow researchers to explore genetic, molecular and even behavioral aspects of disease that can’t be done in humans.

The researchers, led by Catherine C. Kaczorowski, an associate professor and Evnin Family Chair in Alzheimer’s Research at the Jackson Laboratory, Bar Harbor, Maine, and her graduate student, first author Sarah Neuner, noted that mouse models with Alzheimer’s mutations are important for defining high-risk as well as protective genes and disease mechanisms, and to efficiently test new potential interventions and therapeutics.

In this study, the researchers tested the idea that including more real-world genetic variation into a mouse model of Alzheimer’s would improve the translatability of the model—meaning that findings would be more likely to parallel the many complex features of the human disease.

To do this, they combined a well-established mouse model of familial Alzheimer’s (5XFAD) with a genetically diverse set of mice. All members of this family of transgenic mice therefore carry the high-risk human familial Alzheimer’s genes but otherwise have very different genetic make-up.

This new finding has two important implications. First, it suggests that Alzheimer’s mouse models with this genetic background may not be suitable for testing of novel therapeutic agents and may explain the poor predictive power of drug screening studies using the current Alzheimer’s transgenic mouse models. Second, by using the AD-BXD panel, the protective genes from the C57BL/6J strain and their mechanisms can be precisely identified leading to new candidate targets for Alzheimer’s prevention.

The authors noted that the AD-BXD panel represents a new tool for better understanding the heterogeneous nature of normal aging and Alzheimer’s, and for precisely identifying molecular factors that lead to resilience to genetic and environmental disease risk factors.

Suzana Petanceska, program director in the NIA Division of Neuroscience, who oversees the Resilience-AD program said, “The ability to model genetic diversity and its impact on multiple aspects of disease risk and resilience in transgenic mice in a robust and reproducible way will enable the research community to learn a lot more about the complex nature of Alzheimer’s a lot faster. This new resource adds to the series of new NIA/NIH programs generating data, analytical and research tools needed to enable more efficient and predictive drug development for Alzheimer’s.”

Resilience-AD, launched in 2017, aims to address why and how some individuals remain dementia-free despite being at high genetic or biomarker risk of Alzheimer’s.

The program was developed to generate deeper mechanistic understanding of how genetic and environmental factors interact and lead to cognitive resilience in individuals who are at high risk for Alzheimer’s disease and to identify novel therapeutic targets for pharmacologic and nonpharmacologic prevention strategies.