Under the terms of the transaction, Opiant will pay Sanofi an upfront fee of $500,000, with any further payments contingent upon Opiant achieving certain clinical, regulatory and sales milestones. 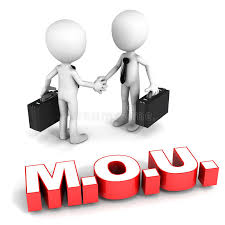 Opiant Pharmaceuticals, Inc., a specialty pharmaceutical company developing medicines for addictions and drug overdose, today announced that it has entered into an exclusive global licensing agreement with Sanofi for the development and commercialization of drinabant for the treatment of acute cannabinoid overdose (ACO).

Opiant intends to develop drinabant, a cannabinoid CB-1 receptor antagonist, as an injectable for administration in an emergency department setting.

ACO is most frequently linked to the ingestion of “edibles” containing large quantities of D9-tetrahydrocannabinol (THC) and synthetic cannabinoids (“K2” and “spice”) that are more potent and less expensive than marijuana.  Edibles, sold as brownies, cookies and candies, pose particular risks for children, who often consume these by accident.

Based on 2014 rates from the National Emergency Department sample and United States Census Bureau figures, we estimate that ACO resulted in more than one million emergency department visits in the United States in 2016.

With an increasing number of states legalizing marijuana for personal and recreational use, ACO rates are expected to rise.  Symptoms of ACO produced by edibles and synthetic cannabinoids can include panic and anxiety, feelings of paranoia, agitation, visual and auditory hallucinations, and nausea. These symptoms often require emergency medical attention and can take six or more hours to resolve (Winstock, et al., J Psychopharmacology 2015). There are currently no approved treatments for ACO.

In a previous clinical study conducted by Sanofi in collaboration with the Centre for Human Drug Research, oral administration of drinabant was shown to block both subjective and objective effects of inhaled THC. However, oral drinabant’s slow onset of action creates the need for an injectable version that can rapidly reverse the symptoms of ACO in an emergency situation. There is an extensive safety database with oral drinabant, generated in Sanofi’s previous research and development program, including multiple Phase 1 and 2 studies.

“This agreement with Sanofi is indicative of our leadership and commitment to developing best-in-class treatments for addictions and drug overdose,” said Roger Crystal, M.D., Chief Executive Officer of Opiant. “We are encouraged by both the safety profile of drinabant, as well as the potential of an injectable CB-1 antagonist to rapidly reverse the symptoms of ACO and address a growing medical need. We intend to initiate development efforts in 2019 and commence clinical studies thereafter.”

Under the terms of the transaction, Opiant will pay Sanofi an upfront fee of $500,000, with any further payments contingent upon Opiant achieving certain clinical, regulatory and sales milestones. Opiant will assume all development and commercial responsibilities related to drinabant.