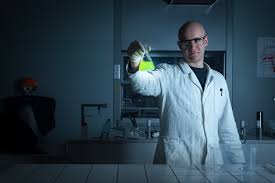 Urovant has licensed global rights for the development and commercialization of hMaxi-K from Ion Channel Innovations. There are no currently available FDA-approved gene therapy treatments for overactive bladder.

hMaxi-K has been evaluated in two Phase 1 studies in OAB patients including a small, double-blind, placebo-controlled Phase 1b clinical trial as an intravesical injection in women with overactive bladder symptoms. Ion Channel Innovations completed the Phase 1b study in 2017 and found hMaxi-K to be generally well tolerated. Clinical results of the trial, which included a limited number of patients (n=13), indicated dose-dependent improvements in urinary urgency and frequency, achieving statistical significance (p<0.05) in the high dose cohort.

"We are pleased to add the gene therapy hMaxi-K to our clinical development portfolio. We are eager to study the potential of hMaxi-K as an alternative therapy for OAB patients who are not getting adequate relief from other therapies," said Keith A. Katkin, President and Chief Executive Officer of Urovant. "Urovant also has access to gene therapy expertise through the Roivant family of companies."

Urovant plans to meet with the FDA and initiate a Phase 2 clinical study in 2019 to investigate hMaxi-K as a novel treatment for OAB patients who have not responded to other pharmacological therapies.