Mr. Forte will replace current CFO, Michael Singer, who will transition from his role effective August 9, 2018. 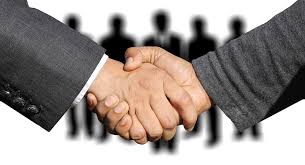 “We are very excited to welcome Steve to Clementia. His extensive financial experience and proven leadership serving large, multinational commercial-stage companies will be an outstanding addition to our team as we plan for future growth,” said Clarissa Desjardins, Ph.D., chief executive officer of Clementia. “In addition, we are grateful for and would like to thank Michael for his significant contributions to Clementia.”

Mr. Forte is a senior finance leader with broad experience managing complex, large-scale finance environments. Mr. Forte’s experience includes nearly a decade at Aptalis Pharma Inc., where he was responsible for the overall corporate controllership function of a multinational pharmaceutical company with approximately $700 million in annual revenue, six operating companies, five manufacturing sites and 40 subsidiaries. Mr. Forte was responsible for SEC reporting and led the preparation of an SEC S-1 registration statement for a U.S. IPO on NASDAQ prior to the successful sale of the company to Forest Labs for $2.9 billion. Mr. Forte also led the financial due diligence efforts leading to several acquisitions, including that of a key competitor worth $650 million that transformed the company. Most recently, Mr. Forte was CFO of Thinking Capital Financial Corporation, a leading Canadian financial technology firm, where he helped lead the firm through rapid growth and ultimately to a successful sale of the company to Purpose Investments.