The iStent inject is designed to optimize the natural physiological outflow of aqueous humor by creating two patent bypasses through the trabecular meshwork, the main source of resistance in glaucomatous eyes, resulting in multi-directional flow through Schlemm’s canal. 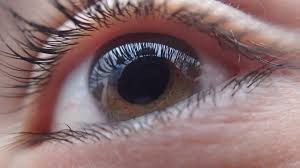 Singapore - Glaukos Corporation, an ophthalmic medical technology and pharmaceutical company focused on the development and commercialization of novel surgical devices and sustained pharmaceutical therapies designed to transform the treatment of glaucoma, has announced that it has received premarket approval (PMA) from the U.S. Food and Drug Administration (FDA) for the iStent inject Trabecular Micro-Bypass System indicated for the reduction of intraocular pressure (IOP) in adult mild-to-moderate primary open-angle glaucoma (POAG) patients undergoing concomitant cataract surgery.

The iStent inject is designed to optimize the natural physiological outflow of aqueous humor by creating two patent bypasses through the trabecular meshwork, the main source of resistance in glaucomatous eyes, resulting in multi-directional flow through Schlemm’s canal. It includes two heparin-coated titanium stents preloaded into an auto-injection system that allows the surgeon to precisely implant stents into two trabecular meshwork locations through a single corneal entry point in a straightforward click-and-release motion. The iStent inject is the company’s next-generation trabecular micro-bypass technology and is based on the same fluidic method of action as the company’s first-generation pioneering iStent, which has been implanted in more than 400,000 eyes worldwide since its introduction in 2012 and has earned a reputation of demonstrated efficacy and safety. Each iStent inject stent is approximately 0.23 mm x 0.36 mm, or about one-third the size of the first-generation iStent. The company believes the iStent inject is the smallest medical device ever approved by the FDA.

“U.S. ophthalmic surgeons have been eagerly awaiting the availability of iStent inject, which offers them an exciting new treatment option for effectively managing glaucoma patients’ IOP while potentially reducing or eliminating the need for topical hypotensive medications,” said Thomas W. Samuelson, MD, a surgeon at Minnesota Eye Consultants, Adjunct Professor at the University of Minnesota and an investigator in the U.S. iStent inject pivotal trial. “The results of the U.S. trial, along with those of numerous international peer-reviewed studies, confirm that iStent inject provides predictable, clinically significant IOP reductions with an excellent safety profile through an elegant, micro-invasive procedure with minimal tissue disruption.”

Following the completion of various administrative matters with the FDA, the company intends to commence initial commercial launch activities later in the third quarter.

The iStent inject is already commercially available in the European Union, Armenia, Australia, Brazil, Canada, Hong Kong, Singapore and South Africa, where, in aggregate, more than 30,000 iStent injects have been implanted.