A small study of the new vaccine in people is anticipated to begin in late 2019. 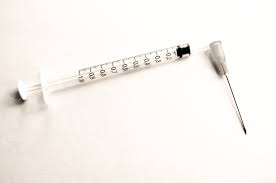 In 2016, scientists at NIH’s National Institute of Allergy and Infectious Diseases (NIAID) identified an epitope that’s thought to be similar across most HIV strains. Called the HIV fusion peptide, it’s part of the spike on the HIV surface that helps the virus enter a person’s cells. A research team led by Drs. Peter D. Kwong and John R. Mascola of NIAID’s Vaccine Research Center set out to develop an HIV vaccine that targets the HIV fusion peptide. The research was published in Nature Medicine on June 4, 2018.

To improve their results, the team paired this immunogen with a replica of the HIV spike. They tested several vaccine regimens in mice and analyzed the antibodies generated. Antibodies prompted by the vaccines attached to the HIV fusion peptide and neutralized up to 31% of viruses in a panel of 208 HIV strains from around the world.

The researchers used the lessons learned from these experiments and tested modified vaccine regimens in guinea pigs and monkeys. These animals also formed broadly neutralizing antibodies that were active against dozens of HIV strains.

These findings in mice, guinea pigs, and monkeys show that the vaccine regimen can work in several species. The scientists are now working to improve the regimen and test it further in monkeys. A small study of the new vaccine in people is anticipated to begin in late 2019.

“NIH scientists have used their detailed knowledge of the structure of HIV to find an unusual site of vulnerability on the virus and design a novel and potentially powerful vaccine,” says NIAID Director Dr. Anthony S. Fauci. “This elegant study is a potentially important step forward in the ongoing quest to develop a safe and effective HIV vaccine.”