Privacy issues in the use of such DNA testing kits came to the forefront with the arrest of Golden State Killer, when it was revealed that police had used data from GEDMatch. 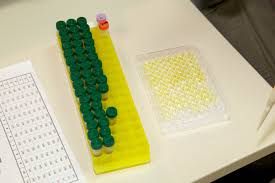 DNA testing companies like 23andMe and Ancestry.com are being investigated by the Federal Trade Commission over their policies for handling personal info and genetic data and how they share that info with third parties.

Privacy issues in the use of such DNA testing kits came to the forefront with the arrest of Golden State Killer, when it was revealed that police had used data from GEDMatch, a genealogy research site where users upload genealogical and genetic information, to help identify the suspect, reported Fast Company.

Kalorama Information estimated that the consumer market for genetic health testing alone could nearly triple from about $99 billion this past year to $310 million in 2022. As DNA testing market is exploding, concerns have also grown about the use of genetic data.

There are growing concerns about the security of personal DNA data. Israel-based DNA testing service MyHeritage announced a security researcher had uncovered tens of millions of account details for some 92 million customers, including email addresses and hashed passwords. The company said it had no reason to believe user data was compromised, and claimed that users’ DNA data is stored on separate systems.

It wouldn’t be the first time the agency took action to protect consumers of genetic tests. In 2014, it filed charges against Genelink Inc. and L’Oréal for “purported personalized genomics products,” related to their marketing of nutrigenetic and dermagenetic products. The two companies settled the charges later that year.