BMGF comes up with nonprofit biotech company in Boston

The Bill & Melinda Gates Medical Research Institute, which is holding an event to show off its plans, will aim to develop new medicines and vaccines for malaria, tuberculosis and diarrhea, which together account for 2.6 million deaths a year globally, many of them in children. 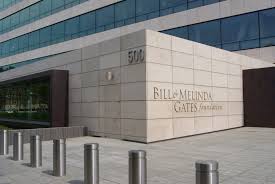 Over the past year or so, the Bill and Melinda Gates Foundation has built what is essentially a nonprofit biotechnology company in Boston, with a $100 million budget and a staff targeted to grow to as many as 100 people.

“What keeps me awake is we have all this capital, we have all this opportunity and we better get something done,” says Susan Desmond-Hellmann, the chief executive of the foundation.  “We better do some good in the world, or I will not feel good about leading in the Gates Foundation.”

The Bill & Melinda Gates Medical Research Institute, which is holding an event to show off its plans, will aim to develop new medicines and vaccines for  malaria, tuberculosis and diarrhea, which together account for 2.6 million deaths a year globally, many of them in children. For any new medicine, promising new ideas from academic labs face a “valley of death,” where most treatments are not tested in animals or in initial human studies. For these diseases, where pharmaceutical companies simply don’t see a return on investment, the odds of success are even lower.

The Gates Foundation had considered starting a medical research institute in its early days, but had decided against it. But as more experts who come from the drug business have come to the foundation—Hellmann herself had a legendary run as an executive at Genentech—the idea has gained more purchase. Trevor Mundel, who runs the Gates Foundation’s global health operations, says that the final decision was made on a late-night call when he was in London and Bill and Melinda were in Seattle. A major victory: They chose to put their names on the new effort, making it not just something the foundation is doing but central to its efforts.

To run this biotech-within-a-charity, Mundel picked Penny Heaton, a vaccine developer he had personally recruited from Novartis, where he had headed up drug development. Heaton, who had been fascinated by germs since she was a child in Kentucky, had worked at the Centers for Disease Control & Prevention before moving to industry to develop vaccines. “She is a force of nature,” he says.

Heaton is hyped about the Gates MRI’s first big development project: testing whether giving adolescents the Bacillus Calmette–Guérin (BCG) vaccine, already given to infants, can boost their resistance to tuberculosis.

“I’ve always thought that TB was the hardest, and the one it would take us the longest to make progress in,” Heaton says. The benefit of such a booster vaccine would be “enormous” she says, but nobody else would run the human tests. “These studies need to be done, but this is a very inexpensive vaccine, and there’s not a big market—there would be no incentive for a private partner to take on a study of this nature," she says.

In its efforts, the MRI will do much of what a private drug company does: running clinical trials and making sure that there are regulatory approvals. These are not merely bureaucratic steps, Desmond-Hellmann says, but necessary steps to help patients. In some cases, it will actually hold the regulatory ownership of a drug, she says, interacting with the Food & Drug Administration just as a pharmaceutical company would.

One big goal of the effort, the executives say, will be to figure out how to direct the new understanding of the human immune system that is coming from cancer research back into preventing disease. Right now many biotech firms are focused on cancer vaccines. Well, what about vaccine vaccines?

Mundel says the new effort will be staffed almost entirely with industry vets, not academics. He says they had better lose sleep over the BCG project. The goal is to bring the advantages of industry into the public sector. Mundel says it really hit home for him at Novartis when he had dozens of people working on a drug for a rare disease but only five working on a new version of a malaria drug. Pharmaceutical companies will do this work, but it will never be the core of their business; other nonprofit partners will always worry about where their funding is coming from. By taking on development, he argues, they will be able to act like a hungry drug company with success measured in lives saved, not dollars returned. Says Heaton: “We're learning so fast.”