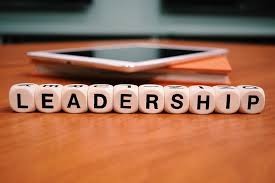 “We are very pleased that Mr. DiTonno has agreed to lead Tenax as its new Chief Executive Officer,” said Mr. Jebsen. “We believe this management transition will provide us with the leadership and focus we need to build shareholder value.”

Mr. DiTonno has served as a director of Tenax since December 2011. From January 2013 until May 31, 2018, Mr. DiTonno served as Chief Executive Officer of Avantis Medical Systems, Inc., a medical device company that develops and manufactures catheter-based endoscopic devices.  Mr. DiTonno has funded companies through a variety of financial arrangements including private and public financings, partnerships and debt. He has also been successful in gaining regulatory approvals in both the United States and European Union. Previously, he was Executive Vice President of Marketing and Sales at Enteric Medical Technologies Inc., which was acquired by Boston Scientific Company; President and Chief Executive Officer of Lifesleep Systems, Inc.; and Vice President and General Manager of Olcassen Pharmaceuticals, which was sold to Watson Laboratories. Early in his career, he held a variety of positions of increasing responsibility at Rorer Group, Inc. (Rhône Poulenc Rorer) and Wyeth Laboratories. Mr. DiTonno received an M.B.A. from Drexel University and a B.S. in Business Administration from St. Joseph’s University.