WHO joins hands with WHF for World No Tobacco Day

Tobacco use and second-hand smoke exposure are major causes of cardiovascular diseases, including heart attacks and stroke, contributing to approximately 3 million deaths per year. But evidence reveals a serious lack of knowledge of the multiple health risks associated with tobacco. 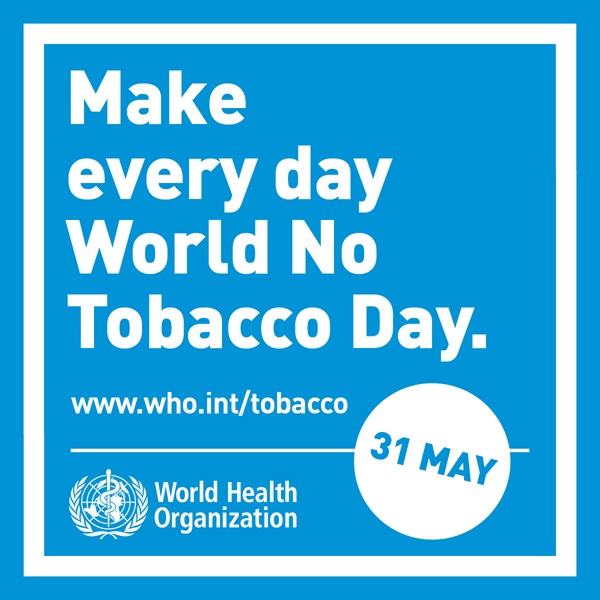 For World No Tobacco Day 2018, WHO has joined with the World Heart Federation to highlight the link between tobacco and cardiovascular diseases (CVD), the world’s leading causes of death, responsible for 44% of all NCD deaths, or 17.9 million deaths annually.

Tobacco use and second-hand smoke exposure are major causes of cardiovascular diseases, including heart attacks and stroke, contributing to approximately 3 million deaths per year. But evidence reveals a serious lack of knowledge of the multiple health risks associated with tobacco.

"Most people know that using tobacco causes cancer and lung disease, but many people aren’t aware that tobacco also causes heart disease and stroke – the world’s leading killers," said Dr Tedros Adhanom Ghebreyesus, WHO Director-General. "This World No Tobacco Day, WHO is drawing attention to the fact that tobacco doesn’t just cause cancer, it quite literally breaks hearts."

While many people are aware tobacco use increases the risk of cancer, there are alarming gaps in knowledge of the cardiovascular risks of tobacco use. In many countries, this low awareness is substantial; for example in China, over 60% of the population is unaware smoking can cause heart attacks, according to the Global Adult Tobacco Survey. In India and Indonesia, more than half of adults do not know smoking can cause stroke.

"Governments have the power in their hands to protect their citizens from suffering needlessly from heart disease," says Dr Douglas Bettcher, WHO Director for the Prevention of NCDs. "Measures that reduce the risks to heart health posed by tobacco include making all indoor public and workplaces completely smoke-free and promoting use of tobacco package warnings that demonstrate the health risks of tobacco."

Tobacco kills over 7 million people each year, despite the steady reduction in tobacco use globally, as shown in WHO’s new Global Report on Trends in Prevalence of Tobacco Smoking 2000-2025. The report shows that worldwide, 27% smoked tobacco in 2000, compared to 20% in 2016.

However, the pace of action in reducing tobacco demand and related death and disease is lagging behind global and national commitments to reduce tobacco use by 30%  by 2025 among people aged 15 and older. If the trend continues on the current trajectory, the world will only achieve a 22% reduction by 2025.

Dr Svetlana Axelrod, WHO’s Assistant Director-General for NCDs and mental health, says: "We know what policies and actions can increase tobacco quit rates, prevent people from starting using tobacco, and reduce demand. We must overcome obstacles to implementing measures like taxation, marketing bans and implementing plain packaging. Our best chance of success is through global unity and strong multisectoral action against the tobacco industry."