The project, conducted in collaboration with the Arkhangai Province Health Department in Mongolia has managed to cure and control liver disease caused by viral HCV amongst the population in Arkhangai. 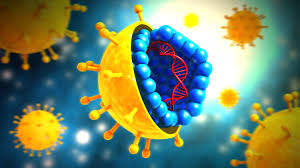 Hepatitis C virus (HCV) continues to be one of the most prevalent blood-borne infections in the world, infecting more than 185 million people globally. WHO estimates that 71 million people are living with chronic HCV infection, and about 399,000 people die from complications of the virus each year, mostly from cirrhosis and hepatocellular carcinoma. Countries in East Asia carry amongst the highest HCV infection-levels globally. Although antiviral medications can cure more than 95% of patients with HCV, WHO reports that access to diagnosis and treatment is low. In 2015, only 20% of the 71 million people living with HCV knew their diagnosis, and just 7.4% of those diagnosed initiated treatment. An additional 1.76 million patients were started on treatment in 2016; however, more efforts are needed to reach WHO’s 80% treatment target by 2030.

Hepatitis C is easily cured. Although there is no vaccine for this virus, detection and timely intervention is the best way to prevent the spread. Beginning in 2014, several medications that cure hepatitis C within weeks of therapy became available, revolutionizing care for infected individuals. Yet, only about one in five people even know they are infected. Many go on to develop cancer or cirrhosis of the liver. Infact, thousands of people die of the liver disease every year as only a smattering get the medicine they need. Dennis Israelski, Senior Director, Public Health & Medical Affairs, Access Operations and Emerging Markets, Gilead Sciences says, “Chronic hepatitis C is a silent disease which can lead to serious health condition, if left untreated.  Nowadays, hepatitis C treatments are highly effective early in the course of the disease.  Thus, early diagnosis and treatment of the virus provides patients higher chance to be cured, and prevent it from transmitting to others.” HCV is most commonly passed on through infected blood - either by soiled needles used to inject legal or illegal drugs, or blood transfusions.

Recently, the World Health Organization (WHO) has urged governments to attack the problem with more urgency, and funding. In light of this need, Gilead Sciences launched a first-of-its-kind collaboration project in Asia to help cure Hepatitis C (HCV)- at no cost to patients. The project, conducted in collaboration with the Arkhangai Province Health Department in Mongolia has managed to cure and control liver disease caused by viral HCV amongst the population in Arkhangai.


The Liver Disease Free Arkhangai project was conducted in collaboration with the Arkhangai Province Health Department with a goal to reduce morbidity and mortality levels of viral hepatitis among the Arkhangai aimag population, where HCV was prevalent in 19.6% of the people aged 40-65. Talking about the objective behind the initiative, Dr Dennis says, “HCV also causes liver diseases and cancers, and in Arkhangai, liver cancer has caused 47.6% of total cancer mortality rates for the past 5 years. Prior to this, there were no existing public health viral hepatitis programs in the Arkhangai Province, and very few patients were ever treated in the public sector. As such, Gilead’s partnership with the Arkhangai government to treat HCV was ever more important in order to eliminate the disease.” The Government of Mongolia has been working to dramatically reduce the number of Mongolians diagnosed with liver disease by implementing various programs, as well as bringing down the number of people infected with HCV.

Dr Dennis continues, “The project has increased the public knowledge of the risk factors associated with HCV and liver diseases, and improved livelihoods of over 1,700 households in Arkhangai. In addition, local doctors and health professionals gained new knowledge in screening and treatment capacities from the project, which will also serve as a good framework and example for other aimags and health departments to follow.”

Successful study paves way for adaptation by other countries

Dr Dennis Israelski firmly believes that this project is classic example demonstrating public-private partnership. Elaborating on the unique nature of treatment for Hep C through this project, he says, “While Gilead provides products for the patients, the government of Arkhangai plays an instrumental role in orchestrating works among the Arkhangai Health Department, Family and Soum Health Center, and the Aimag General Hospital from patient recruitment, resource allocation, screening, lab testing, to data processing.” He further adds, “In addition,  this program represents a cost-effective implementation initiative for the provincial elimination of HCV.  Moreover, the program has been exemplary in addressing the  complex operational, political and clinical operations,  challenges  required for HCV elimination.  In fact, the Arkhangai Province Health Department has demonstrated that with  strong support for public health policy and through multi-sector collaboration , the sustainable development goals for disease elimination can be achieved in limited settings – a worthy model, which may be effectively adapted to other countries and regions.”

The Arkhangai project is part of Gilead’s ongoing Access initiatives in Asia. Due to the project’s success and the urgent need to tackle HCV and other diseases, the company hopes to spread awareness of this program and to work with other provincial governments and health services across Southeast Asia to pilot similar programs.

“I can say that the project, which was the first of its kind for tackling HCV in Asia, was a resounding success. In 20 weeks’ time, 17,594 adults in Arkhangai were screened.  Among them, 3,452 was tested HCV positive.  A total of 1,774 adults had viral load and 98.5% received treatment.  We are extremely pleased to see 99.7% of the patients who received a post treatment viral load measurement were cured.  In addition, during the  screening phase of the program, 36 cases of early stage liver cancers were diagnosed; these would most likely not have been detected if not for this highly innovative public health program . Early detection of liver cancer increases the medical options available and improves the patient’s survival rates”, quotes Dr Israelski mentioning that the project has been beneficial, both for Hep C patients as well as for the company.

Arkhangai aimag tops the list of highest hepatitis C infection in Mongolia justifying the government’s decision to put the disease under control through such collaborations. Apart from the practical aspects of screening, testing and treatment to cure the disease, Gilead management realized that educating and developing an infrastructure to reach the entire aimag was critical to the project’s success.  Dr Dennis chimes, “We learned that involving scholars, academics and doctors on the project team is a must. Another major challenge was addressing the need for advanced diagnostics, specifically in regard to measurement of  HCV viral load.  Developing a sample transport system to the capitol and finding time on the diagnostic platforms there delayed the project by several months.  In addition, finding the resources to pay for these diagnostic tests was a challenge.  That said, we are pleased that the Arkhangai government has found a solution for these challenges.”

Dr Dennis concludes, “This initiative was the first in Asia, which I hope other provincial governments and health services in the region will see as encouragement due to the impressive results. I feel that the project which we and the Arkhangai Health Department have worked on can spur on other health departments to take a look, consider the benefits, and also develop similar frameworks in order to meet unmet public health needs.”

“We believe that all people in need should have access to our medicines, no matter where they live or what resources they have. Our team has dedicated itself to address unmet medical needs for patients living with life-threatening diseases globally by developing breakthrough medicines, providing innovative and novel treatments for unmet medical needs, and expanding access to therapy worldwide in line with our beliefs that everyone should have be able to attain these treatments. We are working on solving and eliminating viral hepatitis, and are conducting clinical trials  for the potential treatment of nonalcoholic steatohepatitis (NASH). Gilead is currently advancing a pipeline of therapies, and planning Phase 2 and 3 clinical trials for treating NASH. Last October, US FDA has granted regular approval to Yescarta, the first chimeric antigen receptor T cell (CAR T) therapy for the treatment of adult patients with relapsed or refractory large B-cell lymphoma after two or more lines of systemic therapy.  CAR T therapy is a breakthrough in hematologic cancer treatment in which a patient’s own T cells are engineered to seek and destroy cancer cells", says Dennis Israelski, Senior Director, Public Health & Medical Affairs, Access Operations and Emerging Markets, Gilead Sciences