Acute lymphoblastic leukemia affects 500 individuals annually in the UK – making it the most common form of cancer in children – and this figure is rising every year. 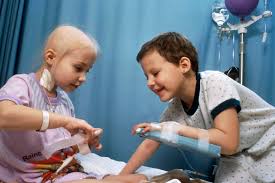 One of the UK’s leading cancer scientists has suggested that most cases of childhood leukemia are likely to be preventable and might be brought on by common infections such as flu.

Professor Mel Greaves of the Institute of Cancer Research, who brought together more than 30 years of research to develop the theory, now intends to work on treatments that can prevent the cancer altogether.

“The most important implication is that most cases of childhood leukemia are likely to be preventable,” said Professor Greaves.

“It might be done in the same way that is currently under consideration for autoimmune disease or allergies – perhaps with simple and safe interventions to expose infants to a variety of common and harmless ‘bugs’.”

Acute lymphoblastic leukemia affects 500 individuals annually in the UK – making it the most common form of cancer in children – and this figure is rising every year.

In a paper published in Nature Reviews Cancer, Professor Greaves explained how two steps are required for ALL to develop: a genetic mutation that occurs in the womb, followed by another genetic change triggered by exposure to one or more common infections, reports The Independent.

While one in 20 children is thought to be born with the pre-leukemia mutation, only 1 per cent of them will go on to develop the disease.

After reviewing an array of studies carried out in everything from lab mice to large population samples, Professor Greaves suggested that a second genetic “hit” is required to trigger ALL – and this hit appears to come from infection by viruses or bacteria.

A case study on a spate of leukaemia cases following a swine flu outbreak appeared to confirm this idea, with seven children developing the cancer in Milan after being infected with swine flu.

A body of scientific evidence suggests there is a peak in the occurrence of ALL between the ages of two and five, but this is not seen in every country.

Instead, the cancer seems to become more prevalent in societies as they get wealthier, and the children in them are less exposed to infectious diseases from a young age.

Professor Mel Greaves described this as a “paradox of progress”, in which the more children are exposed to infectious diseases at younger ages, the more likely they are to develop severe illnesses.

This same mechanism has been proposed for other diseases including type 1 diabetes and allergies.

Studies have demonstrated that day care attendance and breast feeding both seem to protect children against ALL, probably due to the priming effect these activities have on their immune system.

While Professor Greaves emphasised it was wrong to assign blame for the onset of leukaemia, he said there were certain recommendations that could be taken from his research.

“Be less fussy about common or trivial infections and encourage social contact in the first year of life with as many children as possible – and actually contact with older children is probably a good thing,” he said.

“You pick up these priming infections from other children, that's the way they get spread – playing with each other’s’ toys and touching each other and so on.”

Other researchers welcomed Professor Greaves’ ideas, while emphasising there is still a lot to learn about leukaemia and that there is currently no proven link with a specific infection.

“Childhood leukaemia is rare, and it’s currently not known what or if there is anything that can be done to prevent it by either medical professionals or parents.

“We want to assure any parents of a child who has or has had leukaemia that there’s nothing that we know of that could have been done to prevent their illness.”

Dr Alasdair Rankin, director of research at the blood cancer charity Bloodwise, said: “While developing a strong immune system early in life may slightly further reduce risk, there is nothing that can be currently done to definitively prevent childhood leukaemia.

“As noted by this study, other factors influence its development – including pure chance.”

Scientists noted that despite the extensive work that contributed to Professor Greaves’ conclusions, the links he identified still required further investigation and any exposure of children to infections came with risks of its own.

Professor Chris Bunce, a translational cancer biologist at the University of Birmingham who was not involved in the work, described Professor Greaves as “one of the superstars amongst modern cancer biologists”.

“This understanding of the origins of the disease provides insight to possible future strategies for leukaemia prevention,” he said.

The Institute of Cancer Research described the analysis as a”landmark paper”.

Professor Paul Workman, the institute’s chief executive, said the work had “cut through the myths about childhood leukaemia and for the first time set out a single unified theory for how most cases are caused”.

“It’s exciting to think that in future childhood leukaemia could become a preventable disease as a result of this work,” he said.

“Preventing childhood leukaemia would have a huge impact on the lives of children and their families in the UK and across the globe.”