In the study by Reuter and colleagues, which was funded by drug maker Novartis, the investigators tested Aimovig on 246 people with treatment-resistant migraine. 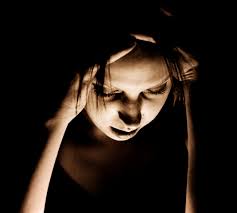 The first drug aimed at preventing the headaches has gained U.S. Food and Drug Administration approval. It was found that the injected drug called Aimovig or erenumab can prevent migraines if other treatments have failed to do so.

"Aimovig provides patients with a novel option for reducing the number of days with migraine," Dr. Eric Bastings, deputy director of the division of neurology products in the FDA's Center for Drug Evaluation and Research, said in an agency news release. "We need new treatments for this painful and often debilitating condition," he added.

The drug, Aimovig, is taken by patients once a month through self-injection. The drug blocks a key brain "neurotransmitter" chemical that sends out pain signals, explained a team of researchers who presented their study findings last month at the annual meeting of the American Academy of Neurology (AAN) in Los Angeles.

Working with a group of people with tough-to-treat migraine, the "study found that [Aimovig] reduced the average number of monthly migraine headaches by more than 50 percent for nearly a third of study participants," lead researcher Dr. Uwe Reuter, of The Charite University Medicine Berlin in Germany, said in an AAN news release.

In the study by Reuter and colleagues, which was funded by drug maker Novartis, the investigators tested Aimovig on 246 people with treatment-resistant migraine.

Of these participants, 39 percent had already failed to respond to two available migraine medications, 38 percent were treated with three other medications and 23 percent had tried four different medications to help control their migraines.

On average, these migraine sufferers experienced nine migraine headaches each month and took an acute migraine drug to stop an attack five times each month.

During the study, each person received injections of either 140 milligrams of Aimovig or a "dummy" placebo once per month for three months.

After three months, those treated with Aimovig were almost three times as likely to have fewer days with migraine pain, compared to people who'd only gotten the placebo. Days with migraine headaches were reduced by at least 50 percent compared to those who were given the placebo. In addition to fewer days with headaches, these patients also took acute migraine drugs less often.

Of all the participants, 30 percent treated with Aimovig said their migraine frequency dropped by half. The same was true for only 14 percent in the placebo group. The drug was also not associated with significant side effects.

All of this "can greatly improve a person's quality of life," Reuter said. "Our results show that people who thought their migraines were difficult to prevent may actually have hope of finding pain relief. "

The FDA said after studying the effectiveness of Aimovig in three clinical trials, they learned most patients who used the drug experienced at least one less migraine per month.

One study involved 955 people with episodic migraine who were given either Aimovig or a placebo for six months. In that trial, use of the drug was tied to one to two fewer migraine days per month.

In the second study, 577 patients with episodic migraine were given Aimovig or a placebo for three months. Again, those on the drug had at least one less day of headache in a month. Similar results were found in a third, three-month study involving 667 patients—this time, Aimovig users had 2.5 fewer migraine days per month, the FDA said.

The most common side effects were some injection-site reactions and constipation.

The estimated cost of the drug is $7,000 annually and may be covered by insurance, according to published reports.

According to Reuter, "more research is now needed to understand who is most likely to benefit from this new treatment."

The researchers added that larger studies are also needed to evaluate the long-term safety and effectiveness of the medication.