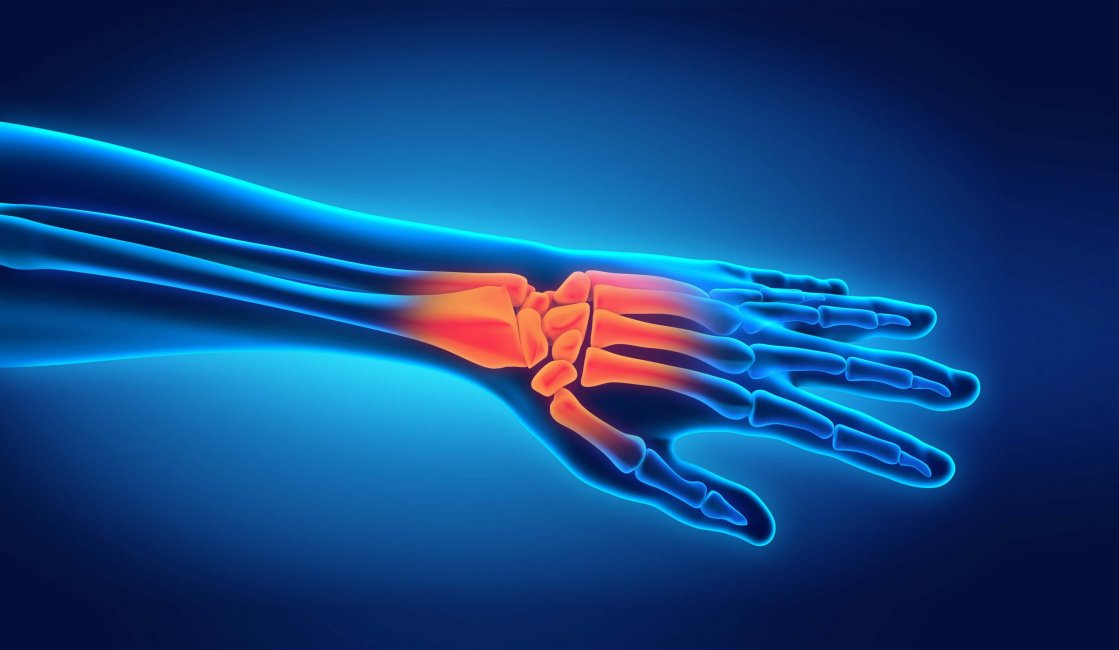 Researchers from NYU School of Medicine have developed a glove-shaped magnetic resonance imaging (MRI) detector that can capture high-quality images of moving joints, which is published in Nature Biomedical Engineering.

The study authors say their MRI glove prototype promises to become useful in the future diagnosis of repetitive strain injuries like carpal tunnel syndrome in office workers, athletes, and musicians. Because the invention shows how different tissue types impinge on each other as they move, the authors say it could also enable the construction of a more versatile atlas of hand anatomy, guide surgery with hand images in more realistic positions, or aid in the design of better prosthetics.

"Our results represent the first demonstration of an MRI technology that is both flexible and sensitive enough to capture the complexity of soft-tissue mechanics in the hand," says lead author Bei Zhang, PhD, research scientist at the Center for Advanced Imaging Innovation and Research (CAI2R), within the Department of Radiology at NYU Langone Health.

MRI works by immersing tissues in a magnetic field such that any hydrogen atoms present align to create an average magnetic force in one direction in each tissue slice. These "little magnets" can then be tipped out of equilibrium by waves of electromagnetic force (radio waves). Once tipped, they spin like tops and also emit radio signals, which reveal their positions and can be rebuilt into images.

Also fundamental to MRI is the ability of radiofrequency coils to convert radio waves into a detectable electric current. Unfortunately, this means that the captured ("spinning top") radio waves produce little currents inside receiver coils, which in turn create their own magnetic fields and prevent nearby coils from capturing clean signals.

As all current MRI scanners measure signals that create currents in receiver coils (detectors), such coils have always been designed as "low impedance" structures that let the current flow easily. The leap made by the study authors was to design a "high impedance" structure that blocks current, and then measures how hard the force in magnetic waves "pushes" (the voltage) as it attempts to establish a current in the coil.

With no electric current created by the MR signal, the new receiver coils no longer create magnetic fields that interfere with neighboring receivers, thus removing the need for rigid structures. The researchers found that their system, with the new coils stitched into a cotton glove, generated "exquisite" images of freely moving muscles, tendons and ligaments in a hand as it played piano and grabbed objects.

The new study found that, in visualizing fingers as they flexed, the new coils revealed how the black bands moved in concert with the bones, which could help to catalogue differences that come with injury.