"We have proved we can image the brain in unprecedented detail. Now we are starting to scale" 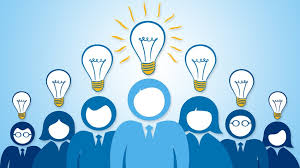 Openwater is a healthcare company that is revolutionizing and minitiarizing the way we read and write our body and brain. After demonstrating a prototype working system at TED, Openwater announced that it is ramping up to build developer kits.

Openwater's technology coalesces and leverages three keys: first, that red & near-infrared light (both benign) penetrates our bodies and brains; second, that holography can filter and descatter that light; and third, that Moore's Law improvements in silicon manufacturing enable its inventions, that both record holograms and scan the body, to be realized at scale.

"Mary Lou is a light magician, able to bend photons to image and begin to understand the most fundamental processes occurring within our brain," said Juan Enriquez; "Over the next two years Openwater will likely create extraordinary opportunities to improve health care, and to build extraordinary brain interfaces."

Funds from the current raise will be used to miniaturize the prototype and scale manufacturing.