The treatment, a wrist-worn neuromodulation device, stimulates the median and radial nerves in the wrist and delivers a stimulation pattern that is tuned to interrupt a person's tremor. 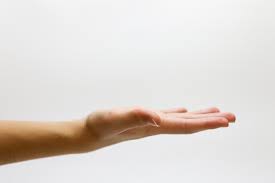 Singapore - People with tremors in their hands from a condition called essential tremor may find some relief from a new, non-invasive type of nerve stimulation, according to a preliminary scientific abstract released recently that will be presented at the American Academy of Neurology's 70th Annual Meeting in Los Angeles soon.

Essential tremor is the most common type of tremor disorder and can be disabling for the over 7 million people in the United States living with the disorder. The condition affects the hands, head and voice and may cause problems with daily activities such as eating, writing or shaving.

The treatment, a wrist-worn neuromodulation device, stimulates the median and radial nerves in the wrist and delivers a stimulation pattern that is tuned to interrupt a person's tremor.

"The study conducted in the clinic showed that treatment stimulation was safe and produced significant improvements in both physician-rated and patient-rated measures of tremor severity compared to sham stimulation," said study author Rajesh Pahwa, MD, of the University of Kansas Medical Center in Kansas City and a Fellow of the American Academy of Neurology.

A limitation of the studies is that the therapy was tested in small groups of people and for short durations. Additional studies will look at larger groups of people over longer periods of time.

The two studies in the abstract were supported by Cala Health, Inc., developer of the stimulation therapy.