Why is health tourism picking up in Thailand? 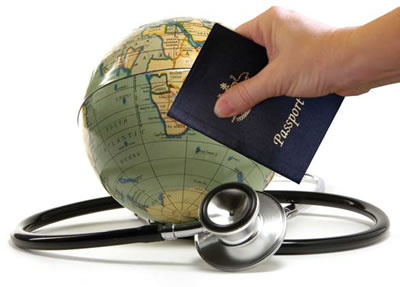 Thailand is emerging as a medical tourism hub, thanks to the many initiatives of the country's public sector

Singapore: Thailand Board of Investment (BOI) is extending its complete support to transform Thailand into a medical hub in Asia. In this regard it is providing medical services, latest medical technology, medicine, and is further strengthening modern medicine, alternative medicine and biotechnology.

The Thai government is also extending its help and is confident that Thailand has outstanding fundamental structure in the medical field and the human resources are recognized to be of international standard. Thai medical services are renowned worldwide, resulting in a rapid growth in related industries such as spa, Thai massage, Thai herbs, serviced apartments.

The promotion of Thailand as a hotspot for health tourism was reflected in the Thailand Medical Hub Export 2012. The event depicted the reaffirmation of Thailand and the Ministry of Public Health to show readiness and potential of the country to becoming an international medical hub that is also affordable to both Thais and foreigners.

According to Prime Minister Yingluck Shinawatra, the government has clearly set a policy, which will to be implemented from 2012-to-2016, to turn Thailand into a medical hub in four major areas, including medical treatment, health promotion, traditional Thai medicine and alternative medicine, and health products, especially Thai herbs. Also, Public Health Minister Wittaya Buranasiri expects that this policy will bring in $26.12 billion (800 billion baht) in earnings in the next five years.

Since the beginning of 2012, about 2.5 million foreign tourists have visited Thailand for medical services, thus bringing in about $3.97 billion (121.6 billion baht). Another objective is to encourage health establishments in Thailand to improve their services to higher standards. At present, Thailand is home to 256 private hospitals all over the country and most of them have been internationally accredited as No 1 in Asia, while 33 spas are classified as world class.

These are key players in the health tourism industry who also give opportunities to related industries such as pharmaceutical businesses, medical tools, tourism, hotels and restaurants. The high demand also brings about greater job opportunities and employment rates in various fields.

To strengthen Thailand's position as the medical hub of Asia, BOI has granted tax exemptions to healthcare providers such as rehabilitation centers, hospitals, health food producers and medical tool manufacturers. These industries are granted corporate income tax exemptions for three-to-eight years, and the BOI has also extended additional benefits to pharmaceutical businesses, as well as tariff reduction on imported medicine ingredients and medicine.

Mr Udom Wongviwatchai, secretary general, BOI, stated that the new Promotional Privilege Framework for the health industry, which is jointly formulated by BOI and the National Health Commission Office has been completed and the framework will support medical hub policy and as well as strengthen Thai public health systems.

The framework is supposedly responded to the government's policy to come up with strategic and timely approaches to advance Thailand's medical services not only to keep abreast with important key players in the region such as Singapore, Malaysia, India and South Korea, but also to be ahead of every competitor, since Thailand offers better value for money and more hospitable services.