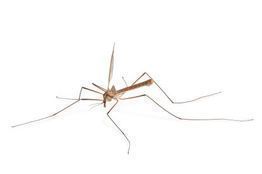 The team had synthesized a number of compounds out-of-which the most promising one was P218. The drug has been picked up by Medicine for Malaria Venture (MMV), and is in the process of moving into pre-clinical and clinical trials.

"We are quite excited about the malaria drug. Our researchers have been working on this for quite sometime. The preliminary results from the trials looks very good, and effective and have shown no toxicity in animals. Professor Yuthavong is probably the first science minister who is actually an active scientist and his team has done really well," said an elated Dr Kanyawim Kiritikara, executive director, BIOTEC. If everything goes well, this will be first drug developed by Thailand. Right now National Science and Technology Development Agency (NSTDA) is talking with MMV for co-investment opportunity for the drug.

On February 21, 2011, NSTDA, Chiang Mai University, Mahidol University and BioNet Asia announced a licensing agreement for testing in pre-clinical and clinical stages of vaccine development into a commercial product. This collaboration is expected to make a commercial dengue vaccine available to Thailand and eventually to the ASEAN market and beyond.