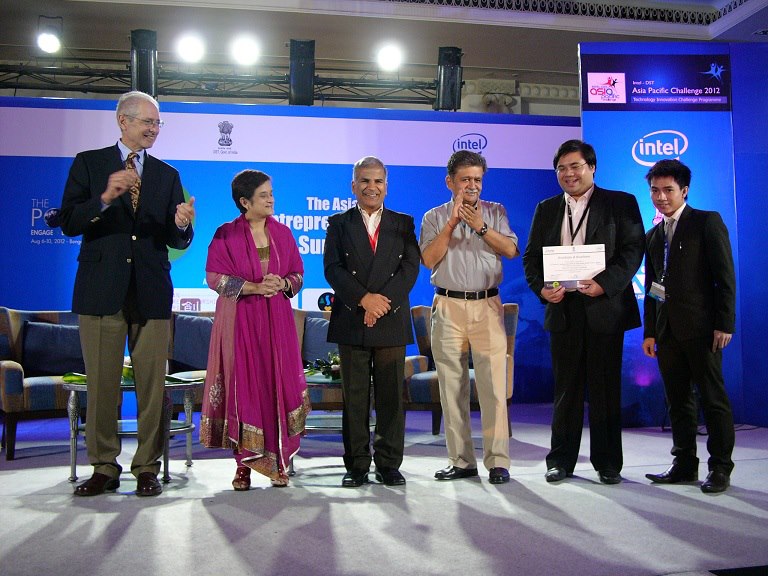 Bangalore: Dr Srung Smanmoo, BIOTEC researcher at bioresources laboratory, and Mr Weerachai Nasomphan, a graduate student from Mahidol University, won an Audience Choice Award for their invention, G-breath, at the Intel-DST Pacific Challenge 2012 held in Bangalore, India. The winner was chosen by 200 members of the audience, which comprised of faculty members and researchers from universities, research institutes and businessmen from various countries.

G-breath is a sensor device that could be used to diagnose diabetes from breath biomarkers, including acetone, ethanol, carbon dioxide and methyl nitrate. The device, which is in the early prototype stage, will be an alternative option for a non-invasive approach for diabetes diagnosis, as opposed to the conventional blood pricking.

Intel-DST Pacific Challenge is a competition for high-tech, high-growth technology and social innovations in specified themes across 12 Asia Pacific countries. Over 7,000 innovations from 12 different countries were enrolled in the competition.