To explore opportunities for further collaboration and knowledge sharing 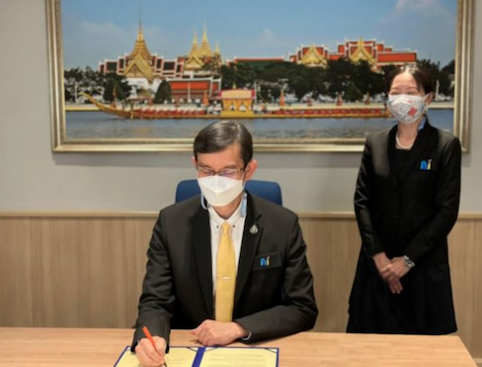 This agreement will strengthen the collaborative relationship enjoyed by IVI and NVI since NVI’s establishment in 2018.  IVI has been working on several vaccine R&D programs in Thailand since 2002, including an HPV single-dose study, a Pneumococcal Conjugate Vaccine (PCV) country investment case study, Dengue vaccine research and clinical trials, an Oral Cholera Vaccine (OCV) Phase II clinical trial, and studies on Shigella and Japanese Encephalitis (JE).