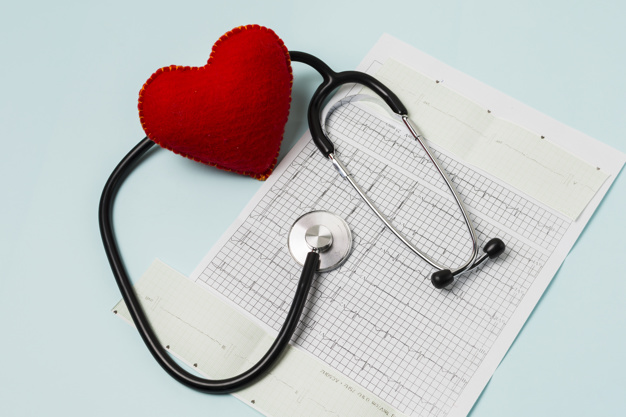 The Cost of Inaction: Secondary Prevention of Cardiovascular Disease in Asia-Pacific

Rehabilitation services designed to keep patients well and prevent their hospital readmission is key to reducing the incidence and cost of recurring (secondary) heart attacks or strokes. However, these services across the region remain underdeveloped.

This is according to a white paper The Cost of Inaction: Secondary prevention of cardiovascular disease in Asia-Pacific released on 23 June 2020 by leading public policy commentator, The Economist Intelligence Unit (EIU), and sponsored by Amgen.

The report included a Scorecard which assessed the policy response to cardiovascular disease (CVD) across eight Asia-Pacific markets, including Australia, mainland China, Hong Kong, Japan, Singapore, South Korea, Taiwan and Thailand. It follows the 2018 EIU report, The cost of silence: Cardiovascular disease in Asia, which examined the prevalence and costs of the top four modifiable risk factors that contribute to CVD across the same eight markets.

An estimated 80% of CVD, including heart disease and stroke, is preventable. For example, lowering  LDL-C (‘bad’ cholesterol) reduces cardiovascular events, yet patients in Asia-Pacific are routinely not meeting guideline-defined LDL-C goals, due to lack of medication adherence.

Due to the high risk of recurrence of heart attacks and stroke, the two deadliest forms of CVD, secondary prevention through quality follow up care once patients leave hospital, is important to help to minimize the CVD economic burden.

“Patients who have experienced a heart attack or stroke carry a 30% higher risk of another event over the ensuing four years. Furthermore, two in three stroke survivors experience disabilities, such as paralysis or loss of vision. As a result, survivors may be unable to work or study and may require the support of family members. This can pull family caregivers away from employment, training or education. As such, CVD-related disability can disrupt households and threaten family stability,” said Mr Vernon Kang, Chief Executive Officer, Singapore Heart Foundation. “CVD already accounts for approximately 18 million deaths each year worldwide. The findings from The Cost of Inaction: Secondary prevention of cardiovascular disease in Asia-Pacific confirms more can be done to ensure patients are supported to comply with their treatment and rehabilitation needs, and to reduce their risk of secondary disease, for which they are at high risk.”

Key findings from the report include:

“Empowering patients through education and awareness may help to overcome the various barriers to attendance at, and participation in, cardiac rehabilitation across the region. Cardiac rehabilitation involves multidisciplinary CVD management plans combining exercise, education and behaviour modification. Although they have been shown to significantly improve patient outcomes, the white paper revealed participation rates across Asia-Pacific were as low as 6% in some economies,” Mr Kang said.

Commenting on the findings, Amgen Vice President and regional General Manager, Penny Wan, said now more than ever, avoiding re-hospitalization from Cardiovascular disease, was imperative. “In many countries, good emergency care stops people dying from a heart attack or stroke. However, these patients are at higher risk of having another attack, which is compounded by lack of follow-up care, making future events more difficult to manage.”

“Amgen is committed to working as part of a coordinated, multi-stakeholder approach to shift healthcare models from ‘Break It Fix It’, to one that seeks to ‘Predict and Prevent’ to support patients and health care systems to become more resilient to health care shocks such as a pandemic,” Ms. Wan said.

The Economist Intelligence Unit managing editor, Thought Leadership, Asia, Mr. Jesse Quigley Jones said The Cost of Inaction: Secondary prevention of cardiovascular disease in Asia-Pacificwhite paper found that despite the availability of effective interventions and proven care models for CVD, these were inconsistently implemented across the eight economies studied. “For instance, although each had policies for controlling CVD risk factors, such as obesity and tobacco use, few make explicit provision for preventing recurrent cardiovascular events. Furthermore, lack of government audits against quality care standards and poor compatibility of electronic health and medical records, makes it difficult to track the application of guidelines, referral to rehabilitation services, treatment adherence and outcomes.”