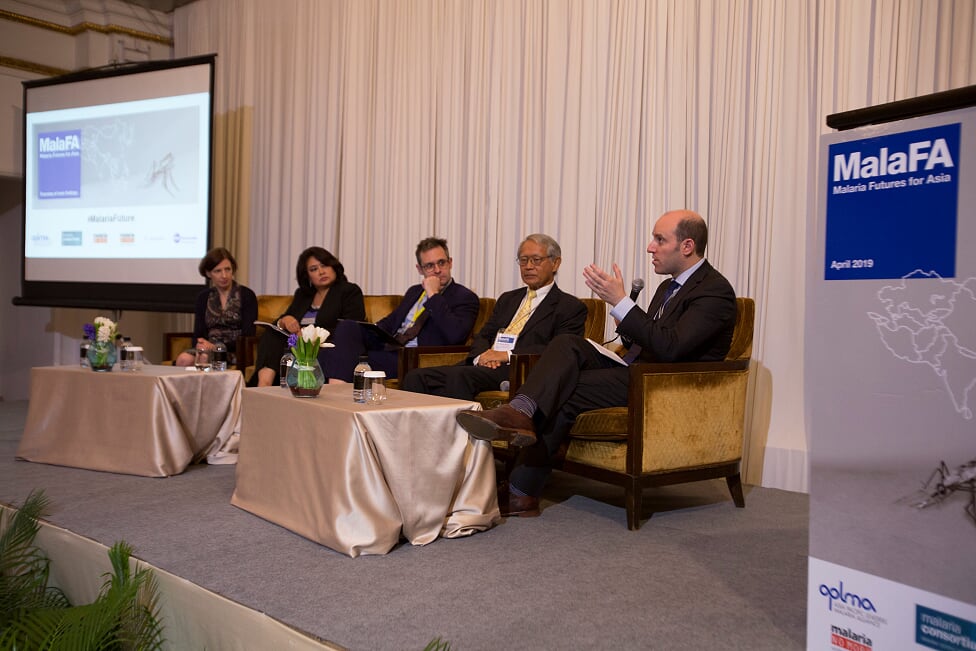 Asian malaria experts surveyed in a new report are saying that new tools are needed as the disease is becoming resistant to existing prevention and therapy measures. They called for continued investment in R&D for new antimalarials and insecticides to achieve the World Health Organization’s 2030 elimination targets.

The Malaria Futures for Asia (MalaFAsia) report was launched on April 23 in Bangkok. It captures the views of malaria program directors, researchers and NGOs in Cambodia, India, Myanmar, Thailand and Vietnam on progress towards malaria elimination. The study was conducted by independent policy researchers and commissioned by Novartis, the company that launched the first fixed-dose artemisinin-based combination therapy (ACT) two decades ago. ACTs are the current gold standard treatment for malaria.

The report comes against a background of enormous progress, where the number of reported malaria cases per thousand population has fallen by over 60 per cent across the region since 2010.  Nearly two-thirds of experts surveyed believe that the region is likely to meet its malaria elimination targets for P. falciparum malaria, the most severe form of the disease. However, a majority expressed skepticism that the P. vivax strain could be eliminated by 2030.

“This is the first time in many years that Asian policymakers and implementers on the ground have been asked about their views on progress, challenges and opportunities toward malaria elimination,” said Prof Yongyuth Yuthavong, former Deputy Prime Minister of Thailand and member of the RBM Partnership to End Malaria board, and co-chair of the study. “While most are confident about progress, some are perhaps too confident. Complacency is always a danger. I have spent a lifetime fighting malaria and know that this final stage toward elimination will be the toughest.”

Resistance to insecticides and to artemisinin-containing treatments is also a serious concern, and while some respondents believe it can be contained as the region progresses toward elimination, others are much less confident. Nearly all said support for R&D into new insecticides and malaria treatments was critical. Novartis is currently conducting clinical trials on new antimalarials in Thailand and Vietnam in case ACT resistance spreads.

The remaining pockets of malaria in South and Southeast Asia are primarily in hard-to-reach forested areas and among mobile and migrant populations, the experts said. These pockets are often in remote border areas, therefore tracking them and ensuring those at risk receive diagnosis, treatment and care is challenging.

As the region approaches elimination, many thought integration of malaria services into broader health systems will become necessary. However, respondents did express concerns that specialist skills – particularly in microscopy diagnosis – might be lost in this process.

“Developing comprehensive primary care systems is vital as the Asian region faces the rising epidemic of chronic disease,” said Dr. K. Srinath Reddy, President, Public Health Foundation of India, the other co-chair of the MalaFAsia study.” However, we must be careful to preserve the expertise needed to achieve malaria elimination.”

Novartis commissioned the MalaFA studies as part of a large two-year effort to understand the views of national and regional experts across Asia and Africa on progress and challenges toward malaria elimination.